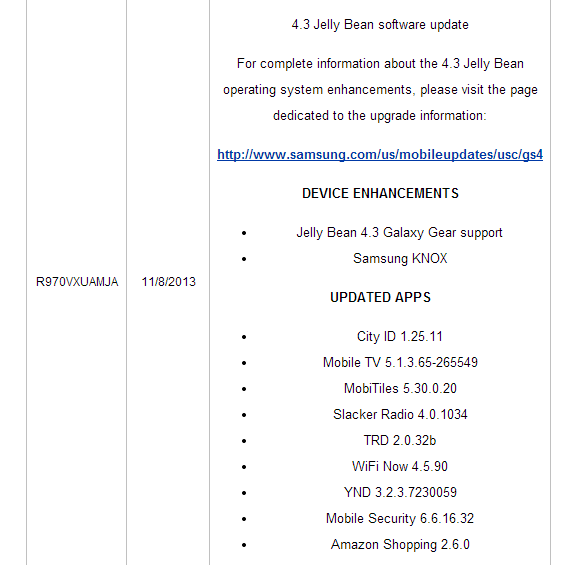 This update adds Galaxy Gear support to the Galaxy S4, expanding the number of customers who might be interested in picking up Samsung's $299 smartwatch. It also brings in a slew of TouchWiz enhancements and makes improvements to a number of Samsung's pre-installed apps. For enterprise users or the more security conscious, KNOX supported is also included.

This update matches the timeframe provided by the leak we received a few days ago, which is all the more reason for AT&T and T-Mobile customers to trust that their updates should arrive before the end of this month.