Guys, this is pretty nuts. GameStop is apparently trying to get rid of its remaining 2012 Nexus 7 stock, so it's slashing the price down to a Benjamin till they're all gone. That's a hell of a deal, especially considering KitKat is just around the corner for this device. And it'll probably run better than ever on KK thanks to Project Svelte. 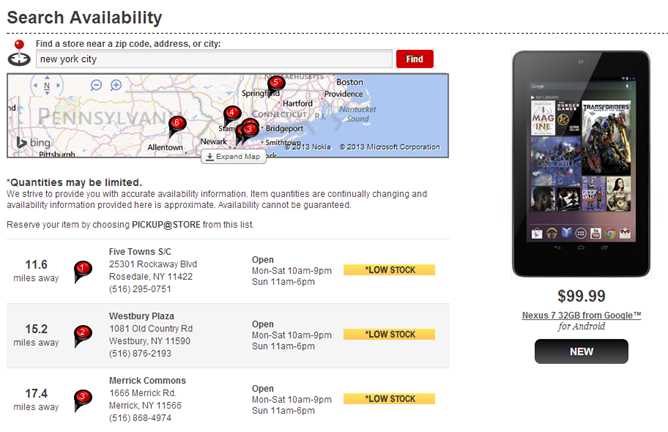 If your local GameStop is already out of stock (they're all running low apparently), we're hearing that Staples will price match, so you should be able to grab it for a hundred spot at either place. That's just a killer deal, no question about it. It may not be the latest hardware, but it's easily worth a hundred bucks. And it's a Nexus, so that makes it even harder to beat.

Anyway, enough of my babble – this deal's only available in stores, so stop reading and start driving (you can check GameStop in-store availability here). God speed.

Google Voice Gets Support For MMS From T-Mobile Customers