It's not often that I get to fit the entire changelog of a software update in the headline, but today's the day. Verizon has shared details about an upcoming update for the Galaxy Note 3 that does two things - strengthens connectivity and improves sound quality. Though Verizon hasn't provided a proper software version number, the build hitting devices is apparently VRUBMJ7. 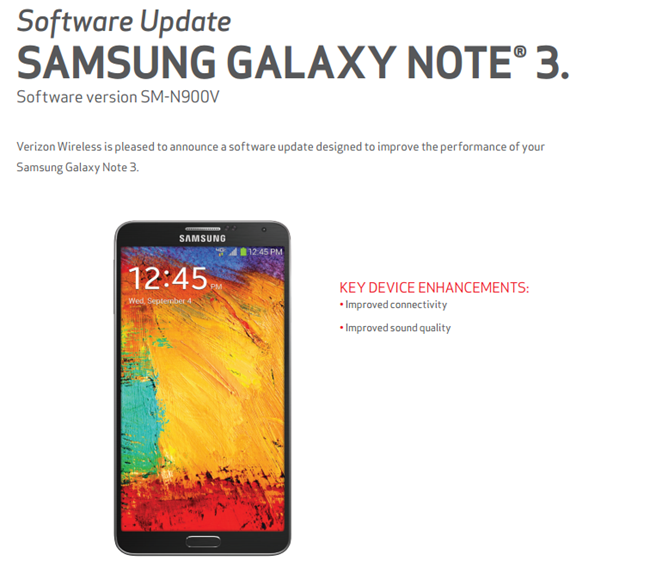 As you can see, there's nothing else to share here. This is not an extensive update, though it does sound vaguely similar to the fix Sprint had to roll out last month in response to user complaints of garbled audio during calls. Out of the gate, the Note 3 has suffered from a few issues with sound quality, but the fixes are steadily marching along. One may soon arrive on an extra-large Samsung handset near you.

Verizon: Google, Asus Have Opted To Wait Until Nexus 7 Gets KitKat To Certify For Use On ...