The Chameleon Launcher turned some heads when it more than doubled its goal on Kickstarter last year. The final product wasn't quite as amazing as we hoped it would be, but Teknision did at least deliver the app to Google Play. It appears that Teknision is moving on now – it has been acquired by a company called Synacor. Never heard of it? Don't feel bad – you are not alone. 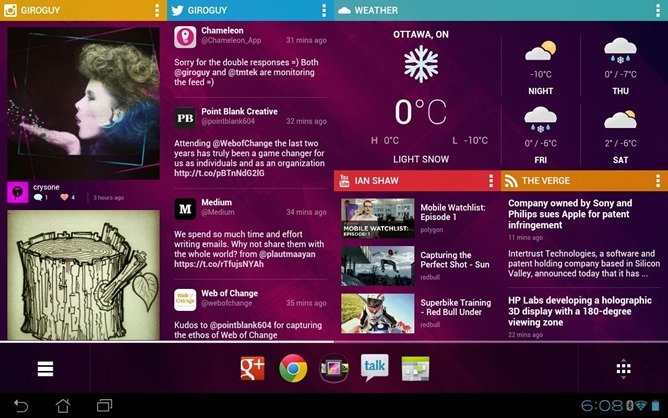 Synacor builds cloud-based technologies that are licensed to various businesses to deliver streaming content and other services. As near as I can tell, the company also manufactures tech industry buzzwords. Teknision's post on the acquisition doesn't spell out the fate of Chameleon, but says it will work on new products that pick up where Chameleon left off. So, it's not looking good for future updates there. In case you were wondering, the Play Store reviews for Chameleon have not been kind.

Teknision is probably going to be the design and user experience arm for Synacor, which sounds like more of a back end solutions provider. Perhaps the company will be more user-facing going forward.

SwiftKey 4.3 Moves 'Layouts For Living' Out Of Beta, Provides Users With A Keyboard Layout For ...

Meet ART, Part 1: The New Super-Fast Android Runtime Google Has Been Working On In Secret For ...