Text-to-speech engines read text aloud, saving users from having to read it themselves. Google's TTS offering comes pre-installed on numerous Android devices, and like much of the software previously shipped as part of Android, it's now ready to spread its wings in the Play Store. Here it's available to far more users, as it can now be installed on devices that don't come with the software pre-installed (pictured below -left). In contrast, on the Nexus 5, Google TTS is apparently already installed and unremovable (pictured below - right). 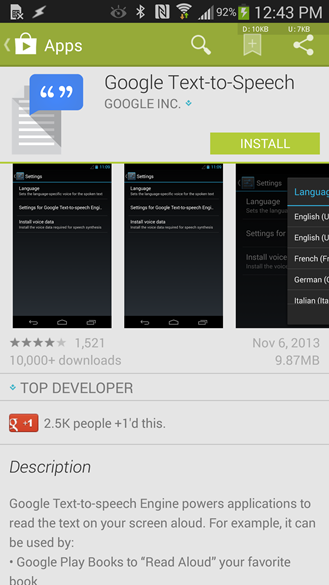 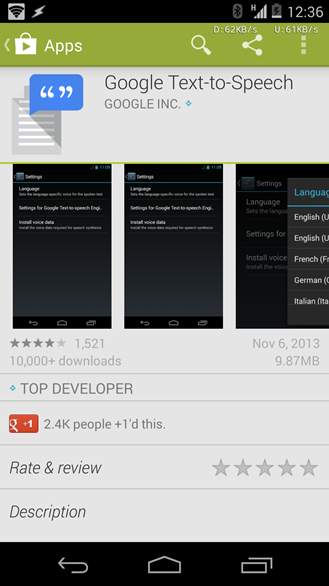 Some devices benefit from this more than others. Galaxy Note 3 users can install Google TTS as a replacement for the less than stellar option Samsung provides. So if you've found the Note 3's default voice to be jarring and way too loud, Google's app will give you a means to tolerate using TTS again. To make the switch, just go to Settings -> Controls -> Language and input -> Text-to-speech options, and switch to Google's engine there. 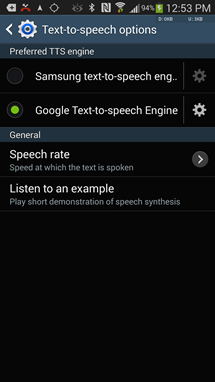 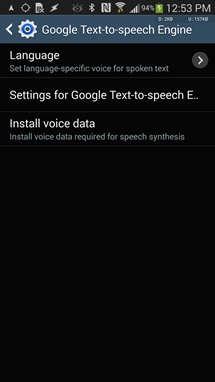 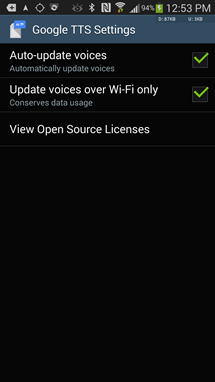 Now that Google TTS is available in the Play Store, we can expect to get our hands on updated versions of the software without having to wait for Android updates or new phone purchases. It's a good thing not to watch functionality like this grow stale and to see it opened up to more people. Grab it below.

[New Game] Principia From Bithack (Of Apparatus Fame) Is A Physics Puzzler With Everything From ...