The Android lockscreen has been slowly evolving over the years, and it's got a respectable feature set these days. But sometimes rethinking a feature can provide a better overall experience. Cover is a new beta lockscreen alternative that tries to learn where you are and what you're most likely to need access to, then put it right there on the lockscreen. It's a compelling approach, but how is it?

Cover has different modes for home, work, driving, and out. Each one comes with a set of apps arranged along the left side of the lockscreen, which is what you'll see when you turn on your device (situations can be manually switched). The wallpaper is also customized based on the situation. If you've ever used the Aviate launcher for Android, Cover is kind of the same idea on the lockscreen. If you're at home during the evening, maybe Cover shows you Netflix, YouTube, and Flipboard. During work it's Drive, LinkedIn, and Gmail. 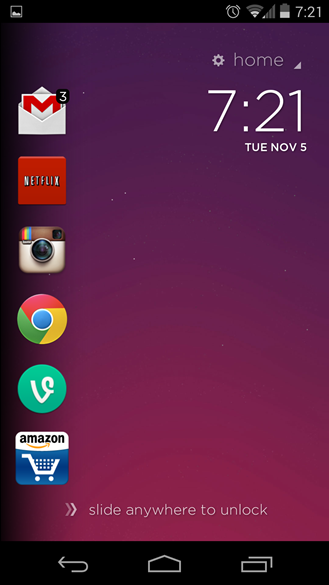 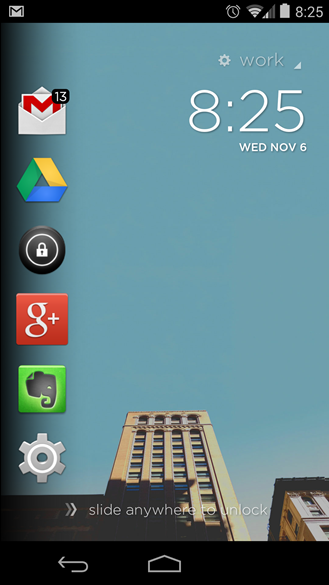 If you allow it, Cover can also change some of your settings automatically. It might toggle your ringer to silent at night, or change that embarrassing cartoon theme song ringtone to something more professional during the work day. It uses geolocation based on addresses you feed into it, as well as WiFi network learning to figure out when you're at work and at home. If that works well, you can probably trust Cover with this responsibility. Driving mode is detected by Bluetooth or simply your position and speed.

The same contextual app selection is employed in a popup menu while the device is unlock too. If you swipe down from the top right corner of the screen, you get a little side panel with six suggested apps. 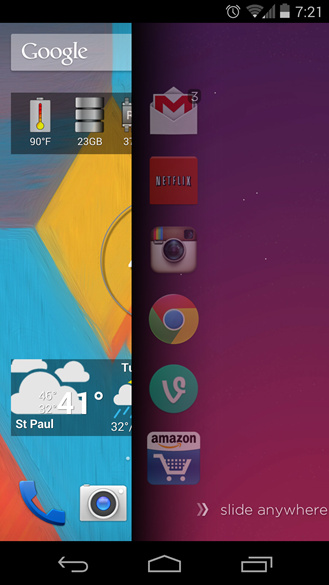 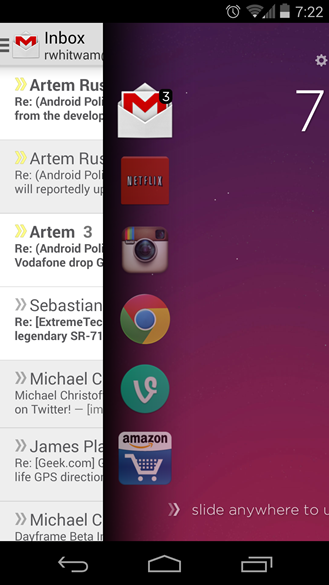 Each situation has the main block of six apps, but you can also swipe downward to get more suggestions. Swiping left to right on the image will unlock the device, while swiping from one of the app icons will open that specific app. This is handy, but not entirely new functionality – many OEMs have the same capability on their stock lockscreens. What sets this part of the experience apart is Peek. When you grab an icon and start to slide to unlock, the app immediately loads in the background, so you can just pull the Cover panel back a little bit and see the app's UI behind it. This allows you to glance at an ongoing chat or see your email inbox without actually unlocking the phone.

But Does It Work

If you use another locking method on your device, you'll probably want to disable it to get the most out of Cover. Otherwise you won't get the Peek functionality, and you're going to be stuck doing two unlock gestures to get to your stuff. Yes, that means you're sacrificing a little security.

I've only had a chance to use Peek for a day now, so the app suggestions aren't perfect for me. For example, it's pretty sure I should use Instagram at home, but I almost never touch the app. Presumably Cover would learn that given enough time, but I can't speak to that yet. When it does have the right app, it is really fast to get to it. However, I would like a way to disable the app panel when the device is unlocked – I see no need for yet another way to jump between apps. 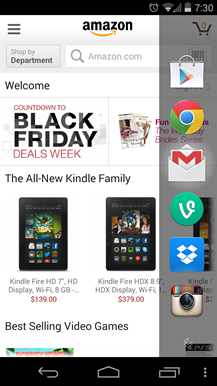 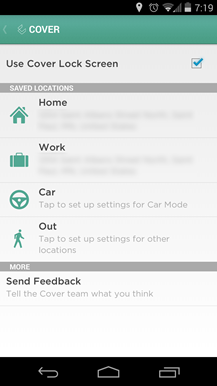 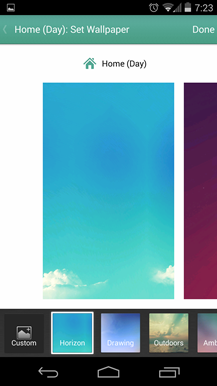 Peek is a really cool idea, and I can see it being useful in a number of instances. Maybe you want to see what track is up next in a music player, or look at your missed calls. I can't think of any reason I would need to peek at Kindle or the Netflix app, though.

The main issue with Cover at this point is that it doesn't completely take over for your lockscreen. It sometimes takes a moment to load when the device is unlocked, and there is some weirdness with on-screen navigation buttons. Android's lockscreen widgets and controls are also inaccessible. That said, Cover is closer to getting it right than any other alternative lockscreen I've ever used. You can't just dismiss it like a regular app, for example. You need to swipe it to get it out of the way. 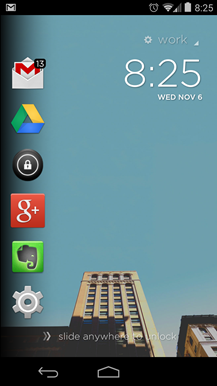 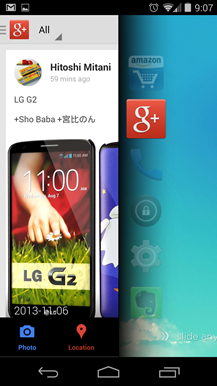 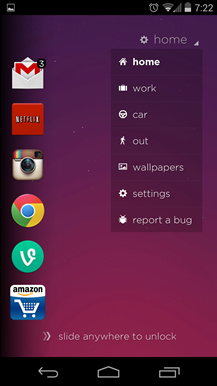 The success or failure of this app will come as a result of the accuracy of its suggestions. If Cover can learn which apps people truly need, then it's going to be a very useful tool. However, I worry that the the security tradeoff will lead many people to give up on the app. If you want a PIN or pattern lock, much of Cover's allure vanishes.

If you get a chance to try Cover, you should. It's impressive in beta form, so perhaps some of these issues will be addressed before it becomes a real product.