Welcome to the latest entry in our Bonus Round series, wherein we tell you all about the new Android games of the day that we couldn't get to during our regular news rounds. Consider this a quick update for the dedicated gamers who can't wait for our bi-weekly roundups, and don't want to wade through a whole day's worth of news just to get their pixelated fix. Today we've got an interestingly ancient racing game, a tug-of-war tower defense title, and a game that I wouldn't play in front of my grandma. Without further ado:

I do believe this is the first chariot racing game I've ever seen. The technical presentation is pretty good (even if the textures leave a little to be desired), and Chariot Wars will let you get your Ben Hur on in both the single-player campaign mode and online multiplayer. There's even an attempt at historical accuracy, at least in terms of location and art style... though I doubt any of the charioteers in ancient Rome could hit 70 miles an hour with just two horsepower. 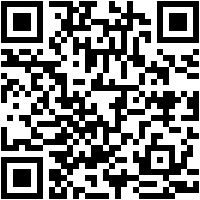 Star Arena takes a lot of the ideas that are a core part of the tower defense genre... then removes the towers. You control a base and continually create autonomous units, which you can vaguely guide along paths to the opposite base (but not directly control). The game is definitely on the indie side in terms of production, but there's a huge focus on multiplayer, and the developers get extra points for eschewing the usual F2P pitfalls - no ads, no in-app purchases.

Suit up, Commander! Humanity is in disarray and alien invaders have taken control of earth. You are the only remaining hope for humanity's survival, get into the battle! Star Arena is a fast paced 3D game that blends RTS elements with Tug of War into a seamless enjoyable mobile experience for hours on end.

This game makes me feel dirty and I don't know why. There's nothing in the content that overtly declares any kind of adult intent... but the whole is greater than the sum of its (ahem) parts. If you want to feel mildly uncomfortable while playing with yourself, or extremely awkward while playing around others, Luxuria Superbia is the game for you.

There’s twelve flower-like tunnels and a garden with a temple.
In the garden, you select a flower by turning the dial.
When you complete a flower the next one is unlocked.

A flower always starts out colorless.
But when you touch it, color fills the tunnel.
Stay in the glowing flower as long as possible!

Play slowly and gently to get a high score.
Just pushing through as fast as you can will result in failure.
The game wants you to take it easy and be playful. 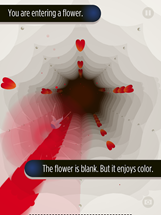 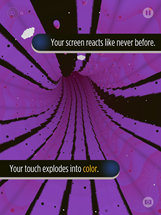 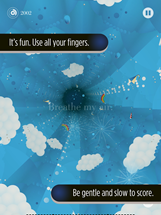 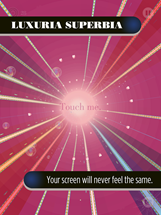 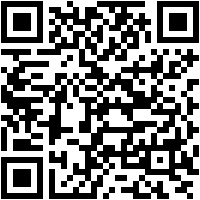 [New Game] Principia From Bithack (Of Apparatus Fame) Is A Physics Puzzler With Everything From ...