It was understandable when early pre-release specs listed the Nexus 5 as having a fictional 802.11nc (as opposed to 802.11ac) Wi-Fi, which many definitely noticed at the time. After all, the Nexus 5 wasn't official yet, and something like that could have been a typo made by a PR person or an intern.

Then the Nexus 5 launched, and O2's and LG's official specs still said 802.11nc. Reluctantly, I decided to let it go, thinking someone would eventually notice and correct it. But when in the last hour, Google itself updated the official Nexus 5 page to specifically include the previously missing Wi-Fi protocols and made the same mistake, at the risk of having an aneurysm I could hold it no longer. 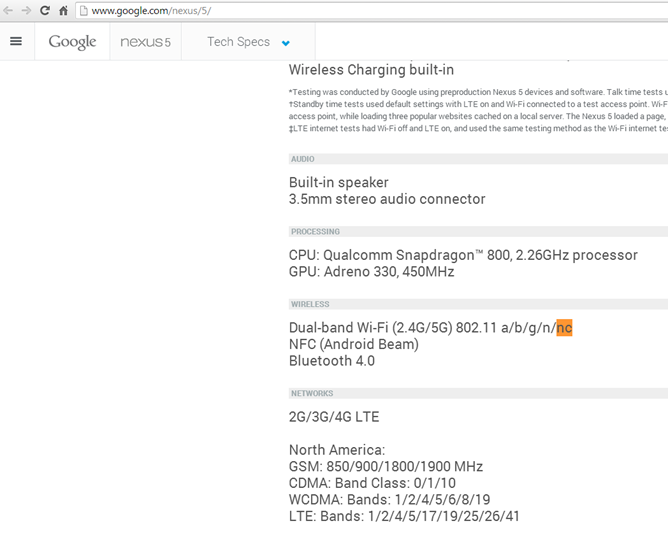 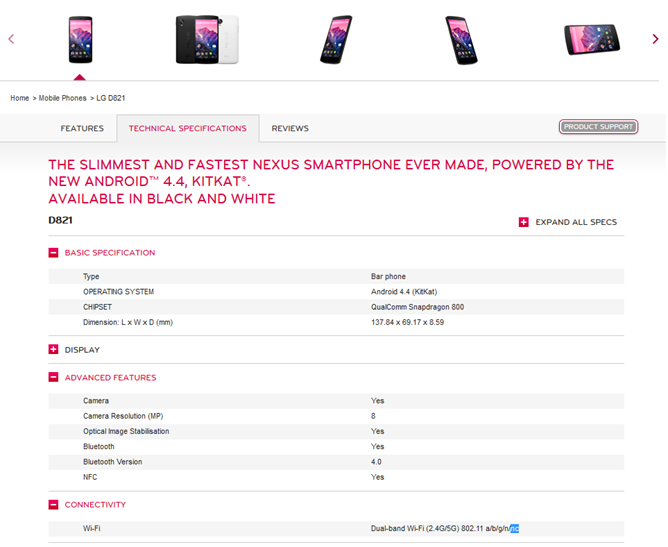 Google, LG, can we get that fixed please?

LG G Pad 8.3 Review: A Potentially Good Device That Gets Lost In The Software