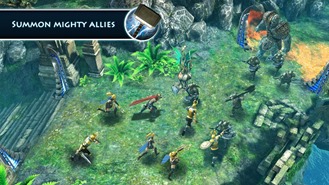 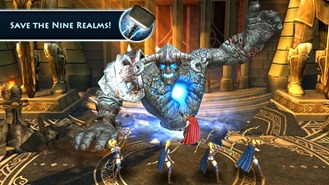 Thor: The Dark World pits the heroes of Asgard against the dark forces, so our red caped protagonist won't have to charged into battle alone. He's accompanied with reliable sidekicks Sif, Heimdall, and the Warriors Three. As experience dungeon crawlers would expect, Thor will grow more powerful overtime as players deck him out in tougher armor, stronger weapons, and new skills. The game has over 90 missions populated with fiends of various sizes, but as anyone who watched the original movie already knows, the bigger they are, the harder they fall.

As far as movie tie-ins go, Thor: The Dark World offers a more engaging experience than what's usually offered. This isn't a mere companion app, and it shows - you're looking at a 1.5GB download before you can try it out. Getting started is free, but this is a Gameloft title we're talking about, so won't be the Rock Giants that Thor has to look out for, but IAPs.

Want To Try KitKat On Your Nexus 4 Or Nexus 7? Paranoid Android Has Already Posted AOSP 4.4 ROMs