We're right in the middle of basketball season, so I know it may be too much to ask to look away during the game, but when you get the chance, ESPN has released a fantasy football app to consume you during every other moment of the day. If you're already invested in a fantasy league, then you know the routine. Find some friends, form teams, draft players, and duke it out. With a dedicated mobile app, you won't have to sit down at a browser to make the magic happen. 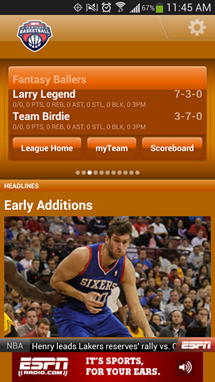 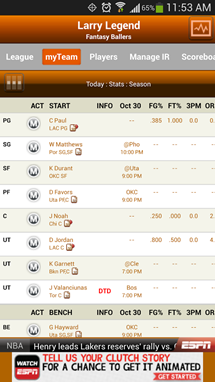 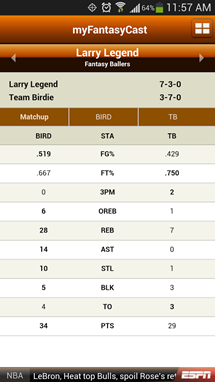 The Android app gives you everything you need to keep tabs on the action. Switch between multiple leagues, manage more than one team, track matchups in real-time, trade players, and adjust your line up. Functionality wise, it's all here. Just don't expect a particularly attractive experience. The app looks more ESPN than holo, and while that isn't always a bad thing, this theme would have looked much less out of place on a Gingerbread device. The banner ads don't help either, but if you've seen ESPN's last fantasy sports app, then you know what you're getting into. It's free, so let the games begin.

Google Play Services 4.0 Requires Developers To Use The New "Advertising ID" To Identify Your ...