Welcome to the latest entry in our Bonus Round series, wherein we tell you all about the new Android games of the day that we couldn't get to during our regular news rounds. Consider this a quick update for the dedicated gamers who can't wait for our bi-weekly roundups, and don't want to wade through a whole day's worth of news just to get their pixelated fix. Today we've got an interestingly complex mech fighter, a beat-em-up with a strange fixation on carnival workers, a turret shooter that takes a few liberties with Roman mythology, a kid-friendly platformer, and a match-3 puzzler from Disney. Without further ado:

There has been an inordinate amount of mech and robot games in the roundups lately, but this one might be the one I'm most interested in. Technically this is a card-collecting game (with all the F2P baggage that the genre implies), but the battle system has so many variables in your customizable mech and spaceship that Mech Conquest fits right in with more traditional strategy games. The early releases are having a few bugs (especially with the Facebook element), but the developer is responding quickly.

Join the intergalactic online war on an epic scale in this adrenaline-fueled game of decisive battles, addictive strategy and explosive Mech-based combat. Mech Conquest places you in the heat of the action as you gather resources to expand your fleet, recruit the hottest pilots and build a formidable army of fully customizable 3D battle Mechs to fight it out against real opponents for ultimate galactic supremacy.

I don't know what this game has against carnival folk - perhaps the producer had some bad experiences in a shopping mall parking lot. Whatever the reason, Burn The Lot tasks you with beating the ever-loving crap out of some creepy roving entertainers, which for some reason are contained on tiny Mario Galaxy-style planetoids. Weapons come in both projectile and melee flavors, and the aesthetic is pleasantly kooky, even if the graphics themselves aren't going to wow you.

Carnies: they hypnotize…they steal…they leave. They call it “burning the lot.” But something else is going on. Something that reeks of a plan and carnies don’t plan. Now’s the time to put the hurt on ‘em, before things get out of hand. Stopping interstellar carnies from taking over the galaxy is your job. That means finding the weapons and tactics you’ll need to get the job done. Fight your way around three different planets. Collect coins that lead to better gear. Better gear leads to bigger bangs. You get the idea.

There are so many questions to be answered in this game. Why does the ancient god of war live on Mars if the proto-deity pre-dates his association with the planet? Why would his armies, after traveling the gulfs of space, wear period-style armor and use short swords? If Martians are green, why is Mars/Aries a white dude in a beard - wouldn't he make them in his own image? I suppose these questions will have to remain unanswered, leaving only a whimsical free-to-play turret shooter in its wake.

You are a Roman soldier, and you and your crossbow are all that stands in the way of the God of War, Mars, and his invading Martian army. Luckily, Jupiter has endowed you with awesome and terrifying elemental powers of Fire, Ice, Earth, and Lightning. You must hold the line and defend your castle walls or risk Earth being overrun by these Romans… from Mars!

FEATURES
• Battle endless waves of Martians determined to take over Earth
• Upgrade your crossbow ballista to create the ultimate weapon of destruction
• Unleash your godly elemental powers of Fire, Ice, Earth, and Lightning
• Defend your castle against 10 different types of alien enemies including the powerful Centurion Mech
• Hours of gameplay with 30 achievements to earn! At first Super Tinboy looks like a not-so-subtle take on the Cordy platforming games, but the element of color and black-and-white worlds (explored by more than a few console games) is relatively novel in the mobile space. This one definitely skews younger than most Android games, so check it out as something for your kids to play after they get out of their Halloween-induced sugar comas.

Use powerups to run super fast and jump high like a bird over angry monsters as you make your way through dangerous obstacles. Watch out for flying zeppelins, angry korean death fans, giant smashing blocks, and traps! Test your speed in this fast paced, fun and friendly magical adventure. The game is 2.5D, this means that the map layouts are 2D but all of the models and animations are 3D, similar to Super New Mario Bros. 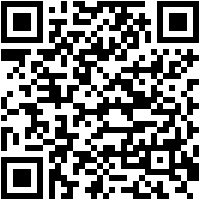 What's this? A Disney game not based on an existing property? Indeed it is. At the core it's a simple match-3 game, with the interesting addition that you'll have to carefully plan out your pilfering route to keep from overloading the cuboid rabbit. If you get the combination wrong the stack will tumble, possibly waking the guard dog to further complicate your day. Graphics are simple but enjoyable, and the game looks well-polished in both concept and content.

Stack Rabbit is here! Hop in and play a wild new puzzle adventure from Disney and the creators of Where’s My Water! Download now and stack your way to puzzle success! Ben the Rabbit’s peaceful, veggie-thieving life is turned upside down when his sister goes on vacation leaving him to babysit her restless bunny children. With a bounty of bouncing bunnies to feed, Ben must sneak into the nearby farm and steal enough veggies to feed the kids! But watch out – Max the guard dog is always keeping a watchful eye on the farm’s veggies! 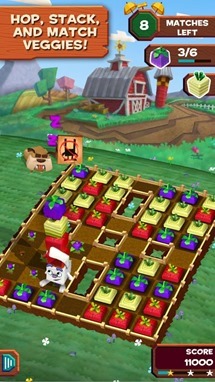 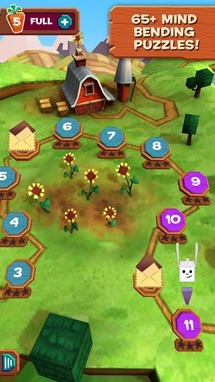 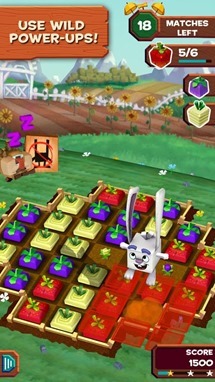 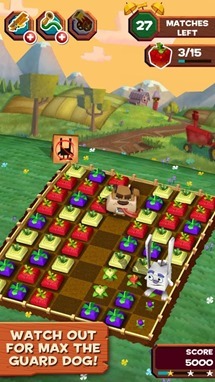