The goodies from Android 4.4 continue to trickle out even before the Nexus 5 reaches buyers. This time it's the updated Google Keyboard (v2.0), and you can install it right now over top of the old version. This updated keyboard adds a feature that will be familiar to anyone who has spent time with SwiftKey recently. 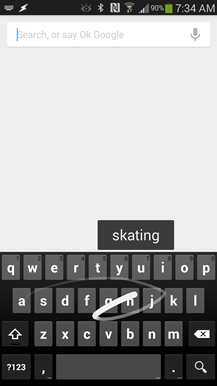 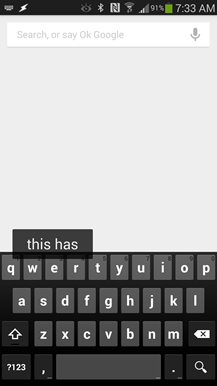 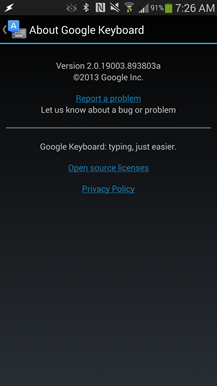 The first thing you'll notice with the new keyboard is that the swiping trail is now white instead of Holo-blue. When you're swiping to spell a word, the Google Keyboard uses so-called "space-aware gestures" so you don't have to lift your finger in between words. It's very much like SwiftKey's Flow implementation. Just drag down to the space bar after each word and keep going. We previously spotted this feature in an APK teardown a few months back.

You can grab the APK below and take it for a spin if you like. Initial impressions are that it works pretty well, but might not be as accurate as swiping each word individually.

Update: The updated keyboard also appears to have emoji built-in. Just Long-press the enter/search/etc key to select emoji. Some apps will replace the button with the emoji smiley automatically as well. Unfortunately, if you don't have Android 4.4, you will see an incomplete black and white set, like so: 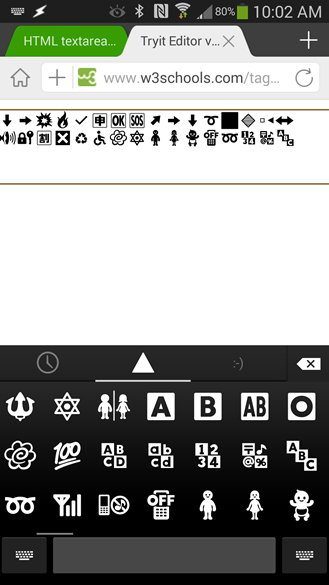 On a 4.4 ROM the emoji look much different. They have the same colorful design shown in the Google press images.