You've spent months stumbling through the miasma of rumors and leaked FCC documents, but we've reached the light at the end of the tunnel. The LG Nexus 5 is official and it's listed in the Play Store. Pricing is exactly as previously leaked – $349 for the 16GB phone and $399 for 32GB. The phone comes in all black and the white/black panda-phone model. As for the specs, they are exactly as leaked, which is to say, killer. 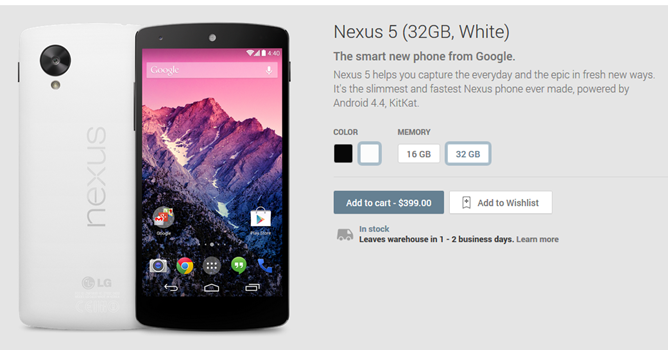 This is the first Nexus phone to launch with an absolutely top-of-the-line ARM chip in the Snapdragon 800 – past models have always been just a little behind the curve in that department. Storage is also up where it ought to be for a device with no SD card. The camera might be taking one for the team, having been dropped down to 8MP from the 13MP sensor LG used in the G2 chassis, but the addition of OIS can give us at least some hope of a better photo experience. 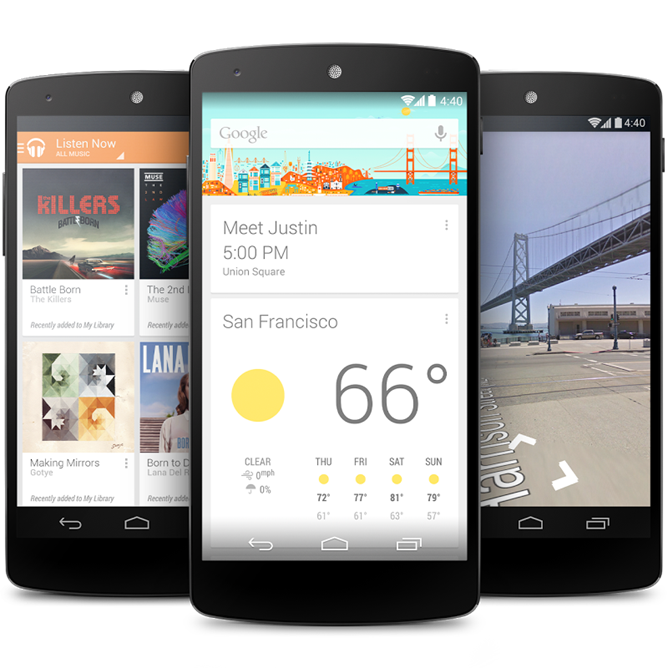 The device is barely larger than the Nexus 4 was, despite the larger screen. In fact, it's slightly lighter thanks to the choice to go with a soft-touch plastic back instead of a slab of breakable glass. If you've ever held a 2013 Nexus 7, it's probably going to feel like a smaller version of that.

There are four different bumper cases this time around that come in gray, yellow, black, and red. Also, you can get one of two flip case "QuickCovers" in either black or gray. The bumpers are $34.99 and the QuickCovers are $49.99, but aren't available yet.

If you have been hankering to place an order for the Nexus 5, see the links below for the model of your choice and get ready to wrestle with Google's servers – hopefully things go better this year than they did last time. Orders being placed now are showing as leaving the warehouse on 11/5, so you've still got a few days to go. The device is for sale in the US, Canada, UK, Australia, France, Germany, Spain, Italy, Japan and Korea (and coming soon to India)

Nexus 5 Launch Accessories: Bumper Cases In Four Colors, Flip Cover Cases In Two - All But One ...