So it looks like a lot of you were excited by Themer, MyColorScreen's custom launcher which promises no-hassle installations of some of the fantastic homescreens featured on the site. After a month in closed beta the service is now open, so you no longer need a code to get access to those sweet, sweet themes. The free app is available on smartphones (and only smartphones) running Android 4.1 or later. 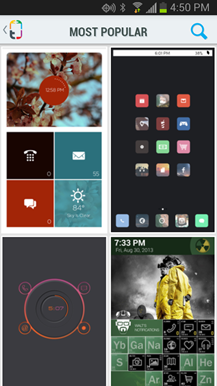 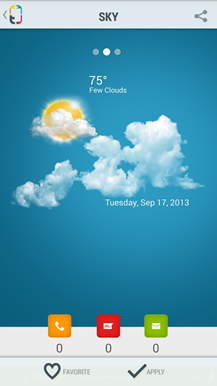 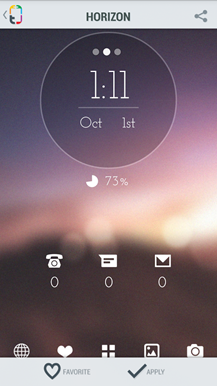 MyColorScreen was eager to share two key statistics with us after four weeks in full operation. One, a whopping 550,000 users applied for invitation codes to the closed beta, proving that there's quite a market for these beautiful and easy-to-apply custom themes. And two, those who managed to get into the beta downloaded over 1.5 million custom themes altogether. The app update adds a few small features to the app drawer, including background transparency, hidden apps, and a favorites menu.

The app is still very much in the beta stage - a lot of users are reporting issues with individual themes and problems with the universal settings, among other things. But the developers have been updating the app steadily since its debut, and I have no doubt that they will continue to do so. Themer is commendably simple to use, but if you'd like an in-depth peek before downloading, check out Ryan Whitwam's hands-on look at the initial release.