It looks like Google learned a lot from the botched Nexus 4 launch. Not only did most orders seemingly go off without a hitch, but the company has already start shipping some orders. I got the notification about 20 minutes ago that my 16GB Nexus 5 has already shipped, and I'm not the only one – we've already received several tips from users saying the same thing. 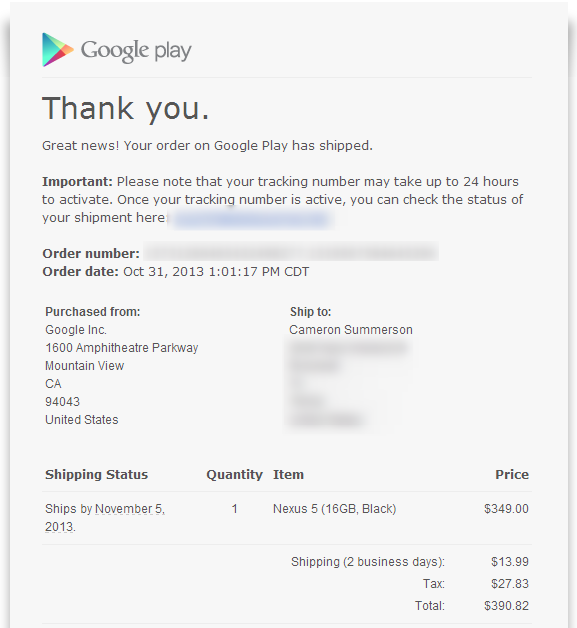 However, some other members of the AP team haven't yet received theirs. It's likely that Google is shipping out of different distribution centers, which would explain a slight delay between shipments. Considering the Play Store said the phones wouldn't ship until November 5th, though, anything earlier is a pleasant surprise.

If you ordered as soon as the N5 was live in the Play Store but still haven't gotten your shipping notification yet, don't sweat it – it looks like Google is on top of things this time, so you'll hopefully be receiving your shipping information shortly.

HTC Says All US Versions Of The One Will Have KitKat in 90 Days, Google Play Edition in Just 15 Days