Android 4.4 is out, and that means developers and tinkerers have already started digging through the code and various APKs in hopes of porting as many updated apps as possible for use with existing devices. The first and easiest app to extract is, unsurprisingly, the clock, which also acts as an alarm, timer, and stopwatch. I've installed it on my Galaxy Nexus without any issues and only had to clear data to get rid of the pesky force close, which is completely undestandable.

As you can see, the updated clock pulls the alarms out of the clock Activity into its own tab, which means the tab count changed from three to four. In KitKat, Google got rid of the ugly bold, increased the font ever-so-slightly, and made a subtle tweak to the timer icon. The city selector now looks substantially different as well - in fact, this enlarged icon in the center shows up in three out of four tabs which definitely feels more polished and cohesive. 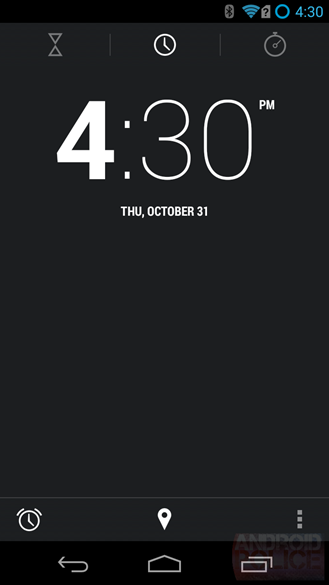 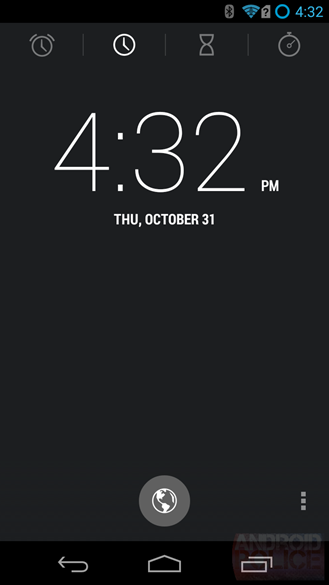 The Alarms screen has been revamped quite a bit as well. First of all, because the Alarms Activity is now part of the swipable tab UI, you can't swipe away alarms to remove them anymore - instead, a trashcan icon has been added.

My favorite change, however, is the new red-infused time picker which we've seen before in Google Now and Calendar. The old time picker was cumbersome and dated - in fact, I love using this time picker style so much, sometimes I just whip out my phone and start changing appointment times. Any time you can think of is reachable with at most 3 taps, and oftentimes with just one. Beautiful. 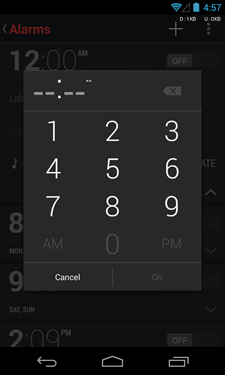 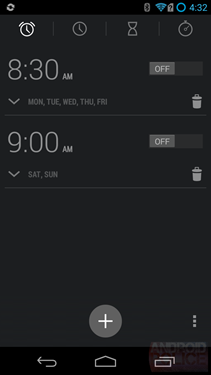 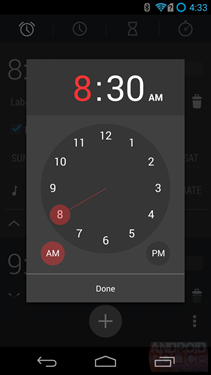 The stopwatch contains almost no changes - the only notable ones I can think of are a slightly updated lap icon and the removal of letters M (minutes) and S (seconds). Of course, the bold font is gone from here too.

The timer UI similarly lacks the bold font and now has the H (hours), M (minutes), and S (seconds) bottom-aligned. Once you start the timer, you will see that the +1M icon was changed to +1', and the bottom menu bar uses that enlarged circle paradigm I mentioned earlier. 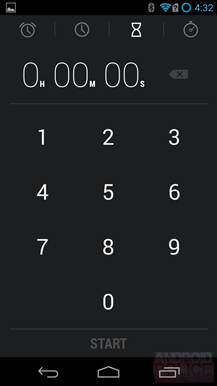 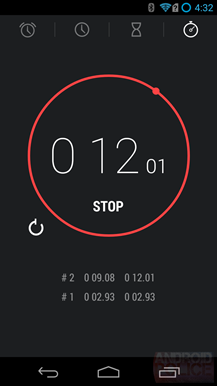 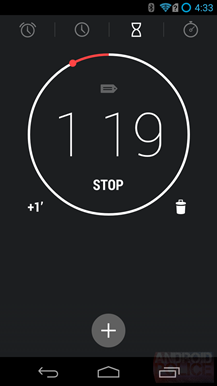 That's about it as far as the changes go. If you want to try out this version of the clock, proceed below. 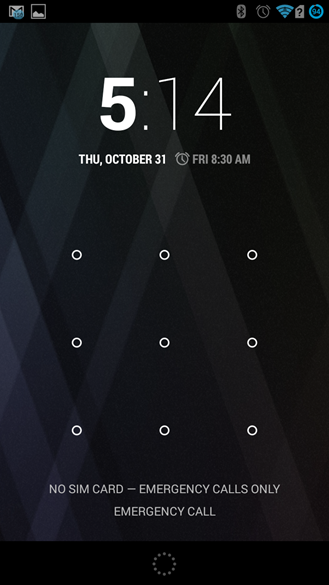 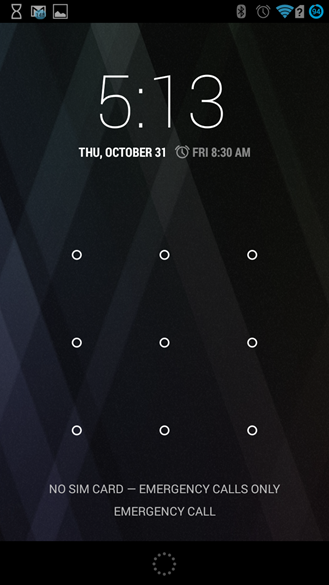 Update #2: Upcoming alarm notification you can dismiss before it starts buzzing! 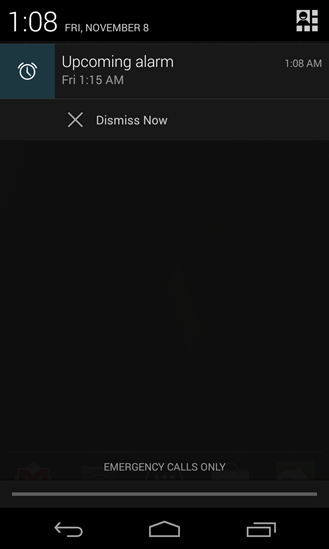 IMPORTANT: You may need to clear data for the Clock app after installation - otherwise it may force close on start. As always, back up in case something goes wrong. Android Police will not be responsible to any damage to your device.

Note: If you're running a custom ROM, such as CyanogenMod, chances are the above won't install for you. In that case, try installing this instead.