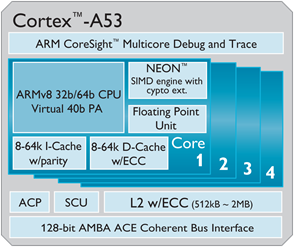 However, Altera's product is destined for use inside network equipment, not smartphones. This deal may not immediately directly threaten competitors like Samsung, who produced Apple's 64-bit A7 ARM chip, but tighter competition could be brewing down the road. According to Forbes, Intel is looking to compete with TSMC, the current market leader, to pick up business from the likes of NVIDIA and Qualcomm. Who could blame them? Just think back to how often we mention phones powered by Intel processors. Nike Says Lack Of Bluetooth LE Is Why There's No Android FuelBand App, Ignores All The Phones ...