The air is almost electric as we get ever nearer to the announcement of Android 4.4 and the Nexus 5. Of course, we don't know exactly when that will be, but tomorrow has been heavily rumored. Perhaps adding more fuel to that fire, Google has updated the Play Store listing for the Nexus 7 with a new interface better suited to selecting among multiple configurations. 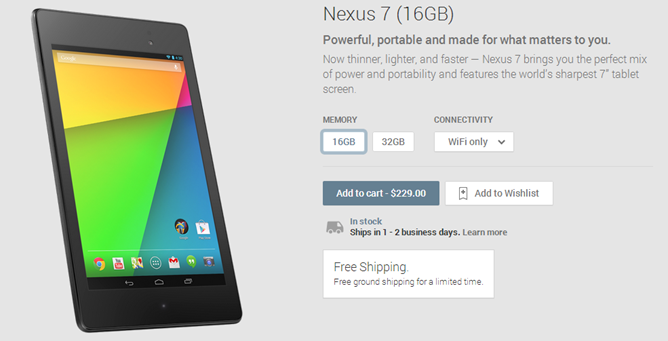 Now when clicking the link to the new Nexus 7, you'll get a page with drop-down lists to choose the storage size and connectivity. It's much easier to change up the device configuration than clicking on those tiles below the device image. The Play Store also helpfully gives you alternatives if you select a configuration that doesn't exist – for example a 16GB Nexus 7 with LTE. 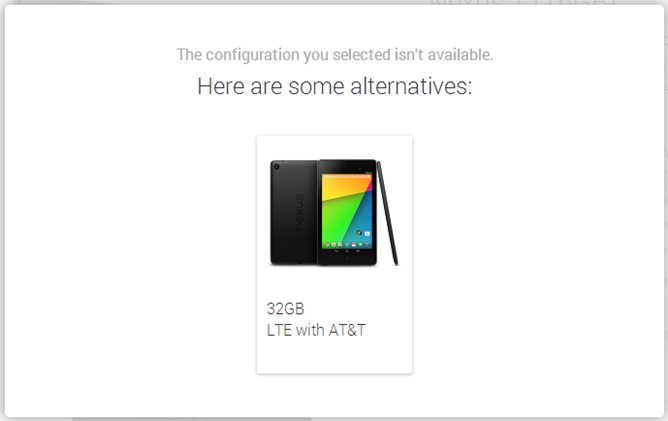 It's worth noting that the listing for the Nexus 4 hasn't been changed. Although, neither has the Nexus 10 as of now. We expect the Nexus 4 to vanish from the Play Store soon, but the Nexus 10's fate is less clear.