Yesterday Facebook announced that it was revamping its Messenger app, stripping it of SMS functionality and creating a more attractive, streamlined experience that the company hopes will draw more users to the app. The new version is currently rolling out to a limited number of users, with a wider release planned for the coming weeks. So when it arrives, what should you expect?

To get started you're going to hand over the keys to everything, including your car, before using the app. The list of permissions requested is long enough to print out onto a belt and wrap around your waist twice. I noticed that some of the features seem to be holdouts from the previous release: Facebook said they're removing SMS support, but the app currently still wants the ability to read and send text messages. Though, there is a chance this could have something to do with two-factor authentication. You can see the full list for yourself below, just keep in mind that these permissions could change before the wide release. 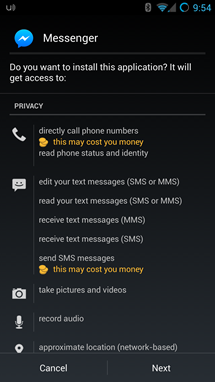 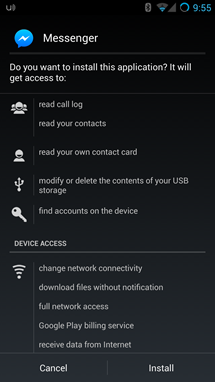 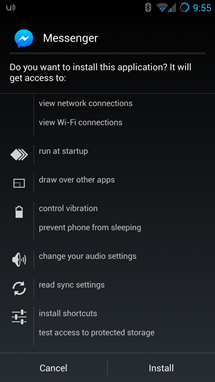 The introductory splash screens also leave the impression that Messenger maintains support for SMS. It prompts for your phone number, but this is there just so you can use it to verify your account if you lose your password. A separate screen invites you to text friends, but it really wants you to invite all of your contacts into Facebook and use the service as your new way to send texts between phones. This version allows people to message contacts that they aren't Facebook friends with, scanning their list of phone numbers for those with Facebook accounts associated with them and letting users communicate without having to send out a request. 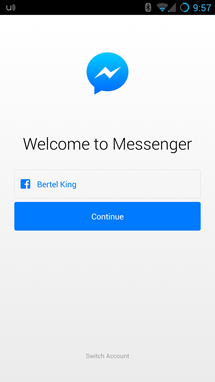 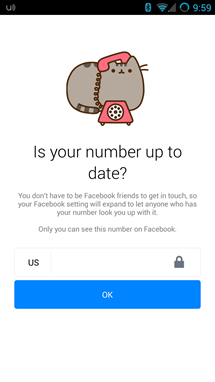 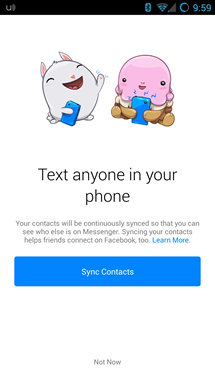 The new interface looks more iOS 7 than holo, but it's smooth and zippy. It still feels like an Android app, even if it doesn't look all that much like a Facebook one anymore. This new version of Messenger reminds me of third-party Facebook clients I've tried in the past. It doesn't match the general app, nor does it blend in with Facebook Home, but it's pretty, it's fast, and hopefully the company's other products follow suit. Though Facebook should tread carefully if it doesn't want its apps to end up looking too much like Skype. 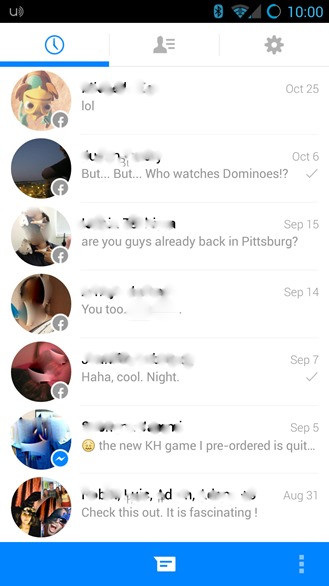 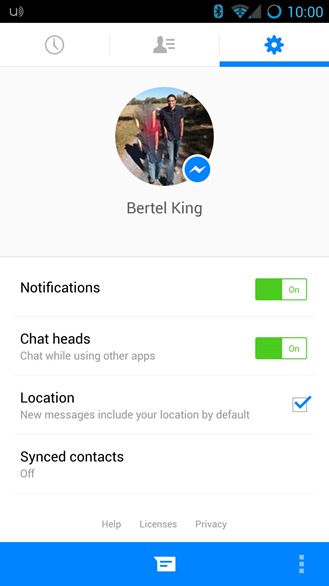 Sending messages is quick, and while the new look is far airier, it still manages to feel familiar. The location tracking toggle is still present, and massive smileys are tucked away where you remeber, just waiting to scar unexpecting Facebook friends. 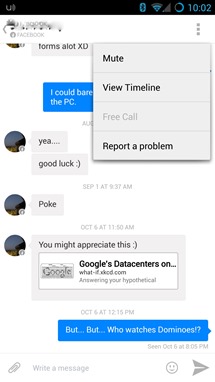 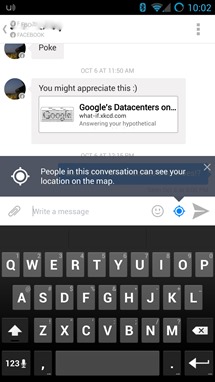 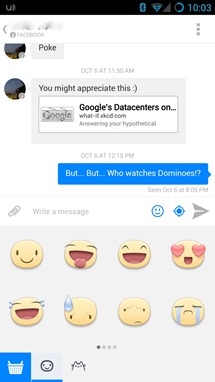 Messenger now has a tab that makes it obvious who is currently active on Facebook and shows whether they're using a web browser or a mobile device. A blue badge also shows who has the Messenger app installed. I would call this page one of the more delightful additions to the app. 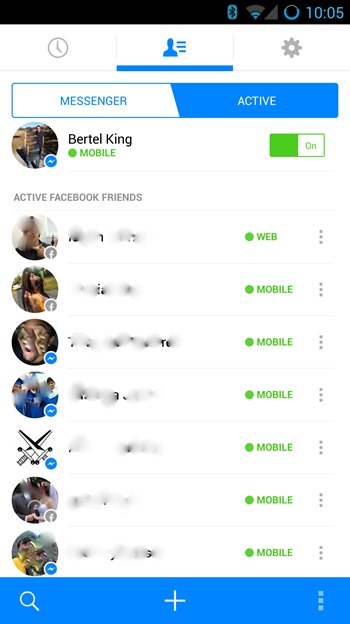 Update: The new version also has a tablet UI that slightly differs from what you see above, a first for Facebook Messenger.

Before downloading the new version from either of the two mirrors provide below, there are a few things you must do. First, you need to uninstall the previous app. Then you have to go to the Play Store and disable auto-update. For whatever reason, Messenger internally carries a lower version number than the app currently offered on Google Play, so your phone will want to "update" back to the previous release.

There you go. Have at it.

Glass Explorer Ticketed For Speeding And Driving With Glass