If you believe the predictions, Google is going to announce Android 4.4 KitKat (and the Nexus 5) in mere hours. According to a new report based on leaked marketing materials, Android 4.4 is going to tackle some of the biggest issues that have been plaguing the platform and Google's services as a whole.

We've all been hearing about the issue with Android fragmentation for years, and it's kind of old hat at this point. One of the main reasons for the lag in OS support is that a surprising number of Android phones are low-end devices – they simply lack the power to run newer versions of the platform.

This has led OEMs to reach back a few version numbers to get a build of Android that can run on the cheap hardware they're using for mid-range and entry-level phones. Google hopes to change that dynamic by building KitKat specifically to support devices with less muscle.

Android 4.4 will reportedly provide tools for developers to improve software for low-end devices. It may also optimizes memory usage at the system level for these lesser handsets. This might also be aimed at making wearable devices (like maybe a watch?) better candidates for updated versions of Android.

Part of the updated OS could be a change to the way NFC operates. Android will stop relying on the NFC secure element to store sensitive account details and credentials. Instead, Android might be able to emulate credit cards, transit passes, and secure entry badges in a more straight forward way.

This is a hugely important development, and one that's long overdue. You've probably noticed how Google Wallet has failed to arrive on very many phones. That's because of the requirement that it uses the secure element in NFC chips. Carriers don't like that and have mostly prevented the Wallet app from being bundled. It's been passed off as a security concern by Verizon, but it seems more likely the carriers wanted to give the competing ISIS standard access to the secure element in phones. 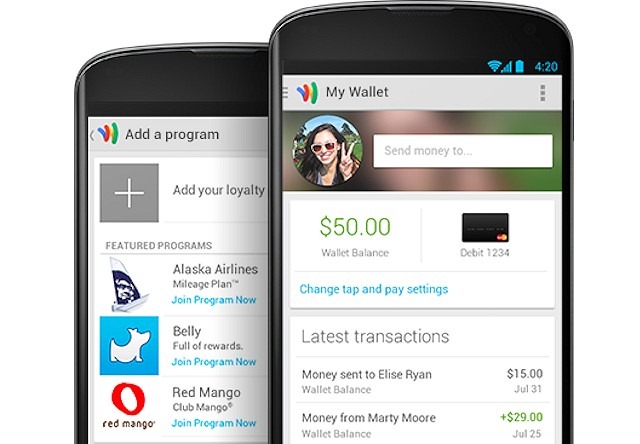 From all the leaks, we've known for a while that the Nexus 5 uses the same NFC chip as the 2013 Nexus 7 – the Broadcom BCM20793M, which lacks a secure element. So Google's new flagship device probably won't support Wallet as it has existed to this point. That doesn't sound likely, does it? This makes the report of a revamped Wallet sans secure element seem infinitely more plausible. There is also a patent application that appears to discuss such a system.

If this report is correct, Google will have pulled an end-run around the carrier blockage of Wallet. If the secure element is no longer required, Google Wallet could work on any device running Android 4.4 – it might even be downloadable from Google Play like any other app. It isn't yet clear how Android will be securing personal information if not in the secure element hardware, but maybe that's why it's taken so long to happen – it's just a really hard problem to solve.

In slightly less exciting, but still important news, the leaked materials apparently claim that Android 4.4 will bring support for geomagnetic rotation vector, step detector, and step counter sensors. Those sound suspiciously like the kinds of things you'd want to put in a smart watch.

This feature could also make fitness apps on a phone considerably more accurate without draining battery, while also providing Google with better movement data for its mapping efforts. It would rely on new hardware, but maybe the Nexus 5 will be packing these sensors for us to play with.

To wrap it up, the last-minute leak claims Android will include native support for IR blasters like the ones in the HTC One and Samsung Galaxy S4. Developers will be able to build TV controller apps that work on all Android devices running 4.4 (assuming they have the IR port). If there is an IR blaster on the Nexus 5, it has been hiding very well.

Finally, Google is said to be building in support for Bluetooth HID over GATT and the Bluetooth Message Access Profile. That means easy connectivity with devices like joysticks, in-car entertainment systems, and more. 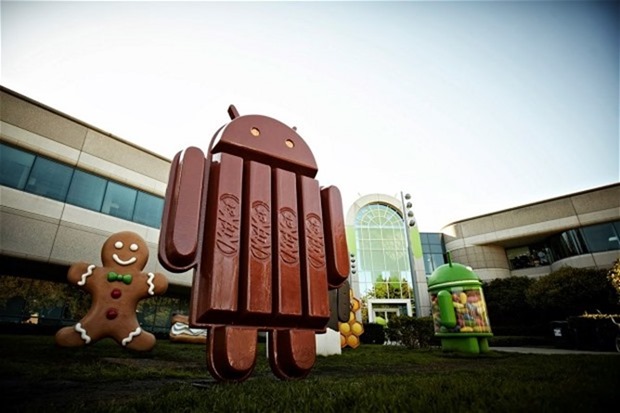 We might find out very soon how close to the mark this information is. Stay tuned as we (hopefully) learn what comes with KitKat. In fact, it's probably best that you don't sleep tonight.

MyColorScreen's Themer Is Now In Public Beta After 550,000 Signups And 1.5 Million Downloaded Themes