Every time I try a new non-AOSP Android device, I lament the lack of Google's News & Weather app and its excellent widget. But the latest app from Falcon Pro developer Joaquim Verges might just get me to let go of that standby. Flyne is a news reader in the vein of Press and Flipboard, but it's powered by curated Twitter lists and your own Twitter and Feedly content. 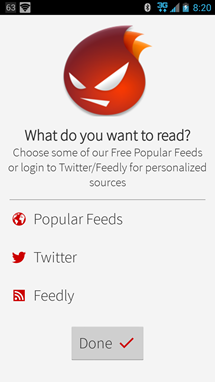 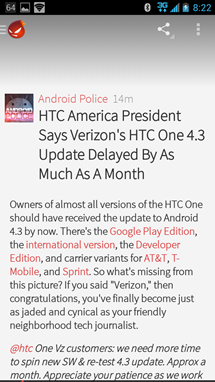 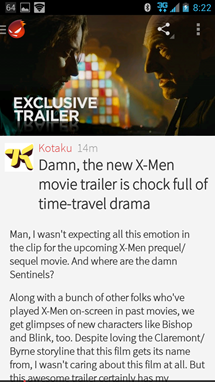 Setup is simple, at least for the free version: select your topics of interest from a wide list, and Flyne will populate your personal news list with authoritative sources for that particular niche. You can't adjust which sources are associated with which subjects, but it looks like a pretty wide pool. (Extra brownie points for including Android Police, Mr. Verges.) The news feed is a succession of downloaded, full-page stories that display a maximum of one photo and all the textual content from a linked article. 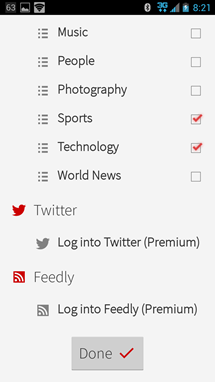 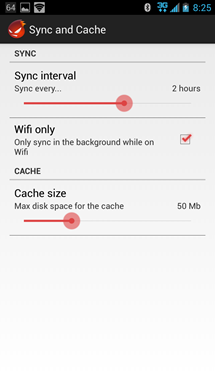 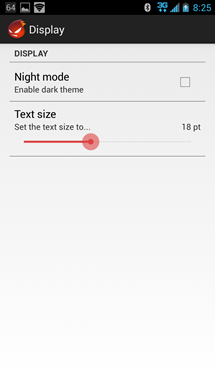 The interface is Holo and minimal - there's a primary list of new articles, you swipe left or right to navigate from story to story, and that's about it. (A dark them is included, however.) Users can star stories for easy retrieval later or share them via the standard Android dialog. The stories download to a local cache, so the app works well for reading on the bus or train, and the update interval can be set by the user. Flyne is neither an RSS reader nor a Twitter client, but a $2 in-app purchase will let you add content from your personal Twitter or Feedly account.

Though this isn't mentioned in the Play Store listing, Flyne is very much in beta at the moment. Just poking around for this article I found a bug that makes it impossible to adjust content sources. Even so, it's well worth a look if you want a clean, fast news reader without any of the social bells and whistles. Here's hoping some quick updates will iron out the kinks, and maybe add a homescreen widget as well. 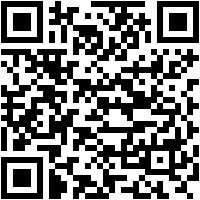 Motorola's Touchless Control App Gets Updated With New Voice Command That Can Help Find Your ...