Update: Doh, G+ Photos is now just Photos, so you still have two shortcuts. Admittedly, this makes some sense and isn't as obnoxious-looking as G+ Photos (thanks, Russel Taylor!). 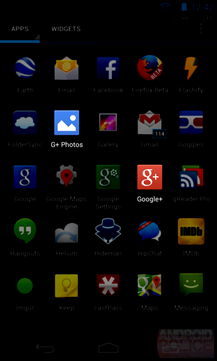 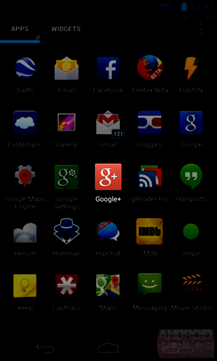 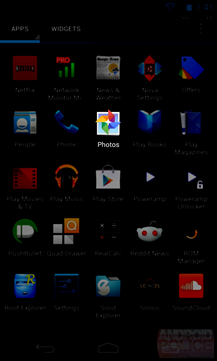 The cool new Photos icon we saw in the presentation is now official, and selecting the Photos menu item actually changes the slide-out menu altogether and exposes new filters, such as Auto Awesome, Videos, and Trash. 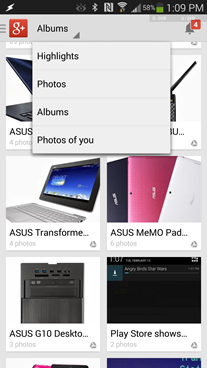 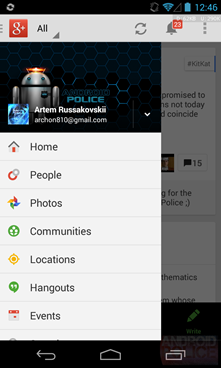 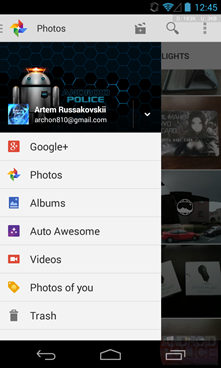 Folder-based browsing has been added to local photos (thanks, Joe!): 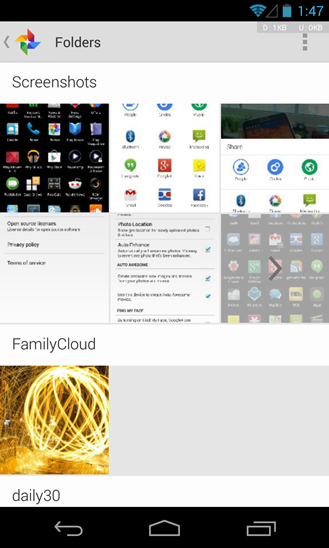 But probably the most important addition to Google+ 4.2 is the Auto Awesome Movie Maker, which can mash up photos, videos, and music into movies even Hollywood directors would be jealous of (OK, not really, but it's probably going to do a much better job than 95% of us could on our own).

As per Google, support seems to be limited to certain Android 4.3+ devices. We've confirmed one such device is the Nexus 4, which was used for all the screenshots. 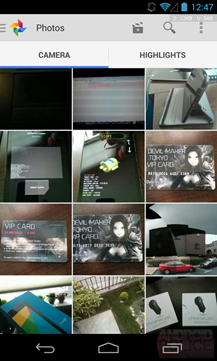 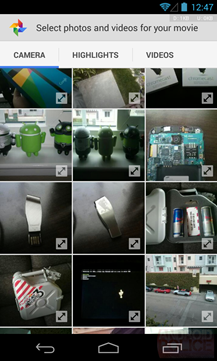 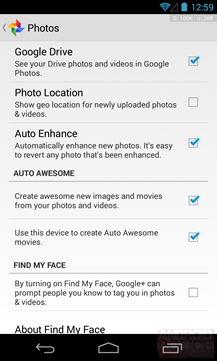 Here's an example of one such movie:

Swiping between photos in Google+ now uses the same animation as swiping through the app drawer instead of simple sliding (thanks, Faruk Ahmet!): 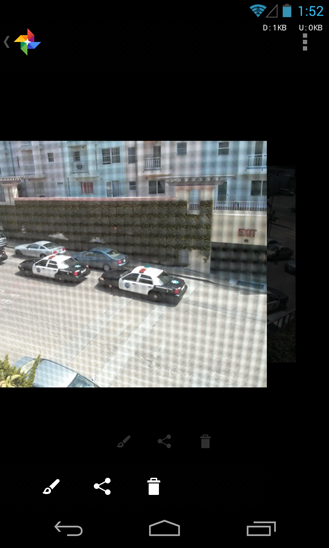 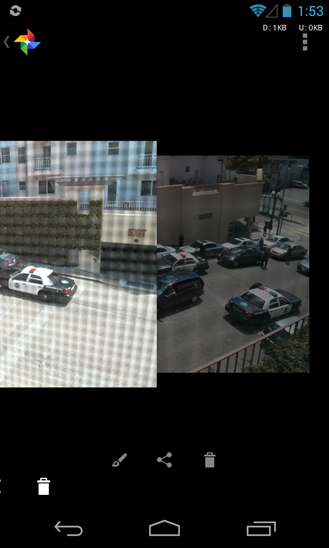 Photos have a new slick slide-up sharing UI (thanks, Faruk Ahmet, for the spot!). Unfortunately, this doesn't apply to regular posts - you still have to go to the menu, copy the link, and share it manually. Oddly, if you tap on an image in a post first, then the new share UI is available. Can we have fix these inconsistencies please, Google? 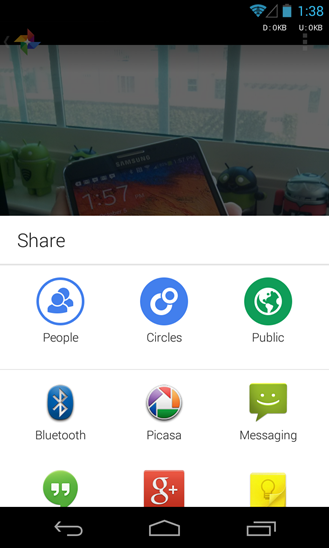 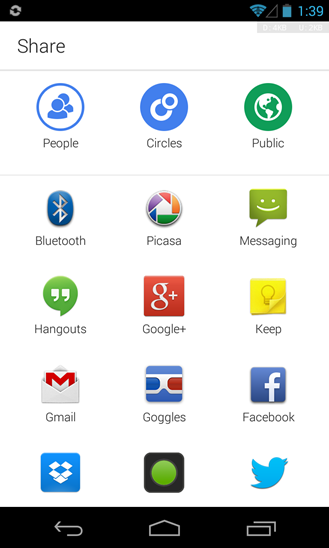 Posts now have a Copy text option. It grabs the text comment part for easy pasting. 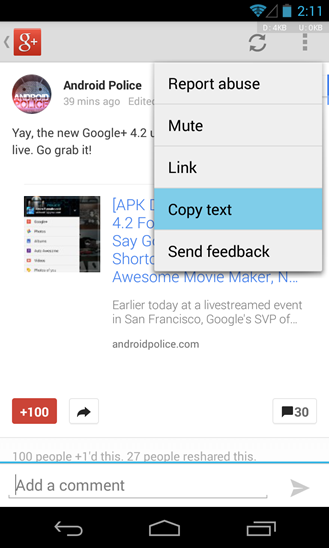 Copy text, Reply to, and Report options in comments

Comments also have the new Copy text option, in addition to Reply to comment. Flag as inappropriate is now Report Comment and has more options (plus the inconsistency in capitalization made me twitch). But yay for Reply to comment! 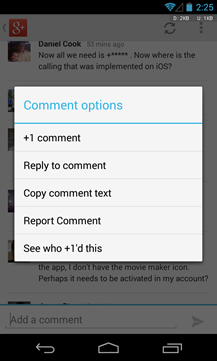 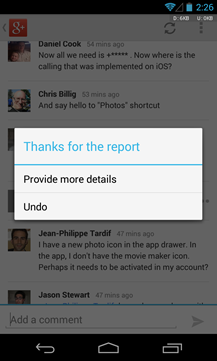 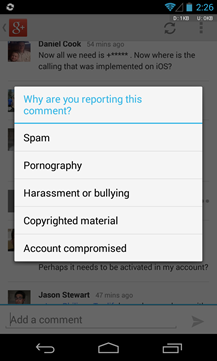 New post UI for images and number of views

The elements in shared images within G+ posts have been moved around and now expose the poster's name as well as the number of views. Finally, you can share using the new share UI. Once again, unfortunately this UI is not implemented if you tried to share the post itself. Very inconsistent and odd stuff. 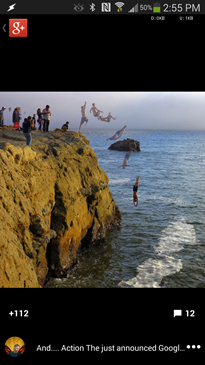 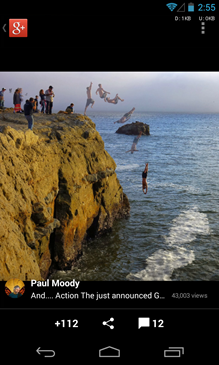 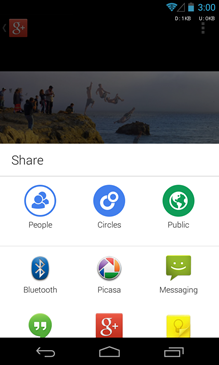 The notifications pane UI has been updated to the light theme, and now looks cleaner overall. The Dismiss all button has been slightly tweaked, and now tapping it pushes down the previously seen notifications by default. Last but not least, Mr Jingles is now animated (thanks, Denham!). 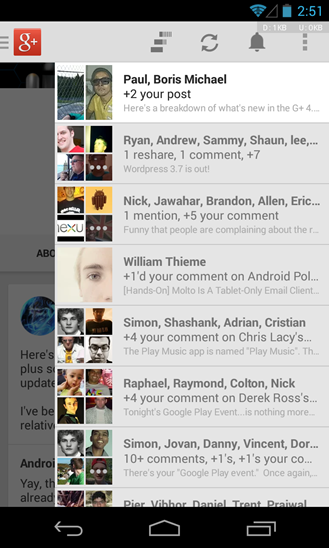 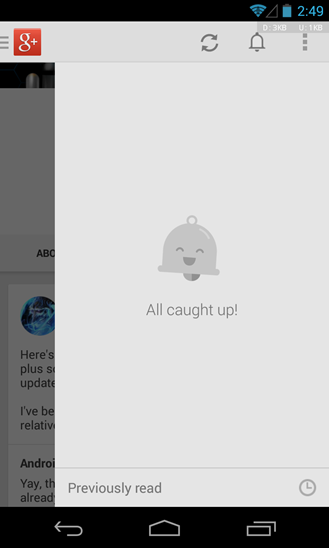 All in all, this is a pretty innovative update, which rejuvenates my excitement for the future of Google+. Google has shown time and time again that it's not treating G+ as yet another social network. Rather, the company is constantly pushing the limits with design and capabilities, especially on the mobile front, and it's exactly the kind of outside-the-box thinking we need in the space.