Google still hasn't said anything official, but the Nexus 5 is clearly ready for launch. Canadian carrier Wind Mobile has just put up its Nexus 5 pre-registration page on Facebook so interested parties can get on the list to be notified (at some point). Along with the form, we get a nice spec list, which confirms a few things about this device. 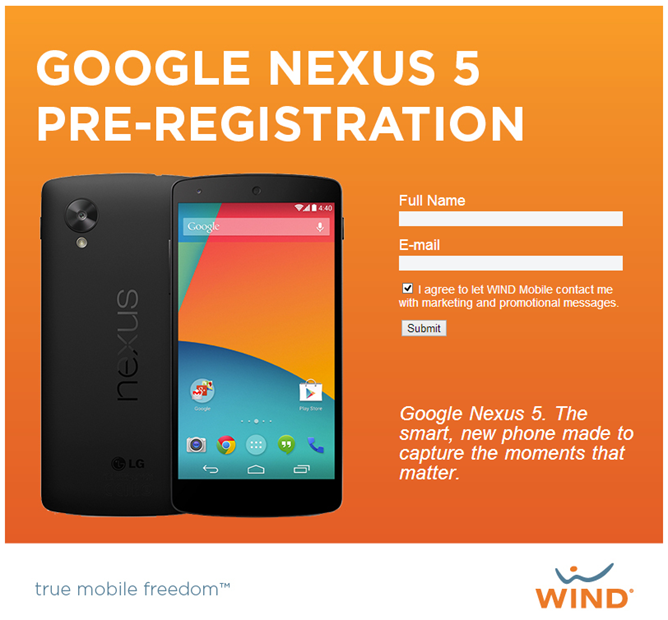 Much of this was already known, but here's the full spec list from the registration page for your perusal:

So now we can be pretty sure there will be a 32GB variant of the Nexus 5, which should put everyone's minds at ease. There's no information about the magical larger battery that some folks have still been hoping for, though. This once again confirms optical image stabilization on the 8MP camera too. The listing mentions ceramic power and volume buttons, which seems unusual.

The official measurements give us an opportunity to compare the Nexus 5 to the Nexus 4. The new phone will be less than 3mm taller, under 1mm wider, and about half a millimeter thinner. The Nexus 5 will also weigh 130g to the Nexus 4's 139g. Not bad for a phone with a larger screen. 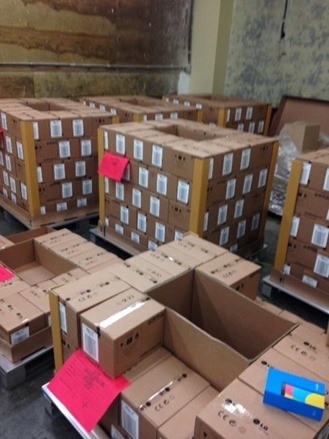 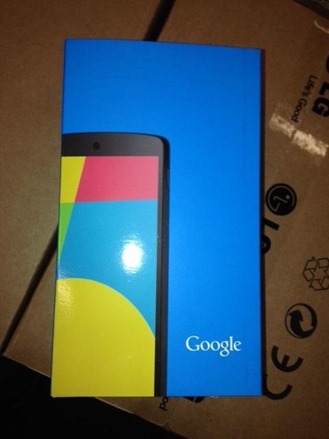 On another front, a user on Neogaf posted pictures of several pallets of Nexus 5s in a Canadian LG distribution center. It seems Canada is absolutely overflowing with Google's new flagship phone. Please send some of them down this way, guys.

Google Holding 'A Morning With Google+' Event Tomorrow At 9:30 AM Pacific

Dead Trigger 2 Review: I Think There's A Good Game In Here Somewhere, But I'm Not Going To Pay ...