The first time I went hands-on with the NVIDIA SHIELD, I knew I was playing with something awesome. At the same time, I knew there was so much hidden potential under its hood – like the ability to play all those games not optimized for controllers. You know, like NBA JAM or Paper Monster. I desperately craved one thing: button mapping software. Hell, I made that desire pretty clear when talking about the new Archos Gamepad 2. It's like NVIDIA heard my plea from afar and delivered with haste, because the newest OTA includes what NVIDIA is calling Gamepad Mapper, a stupid-simple button mapping solution that makes virtually any game compatible with SHIELD's controller. It's amazing. 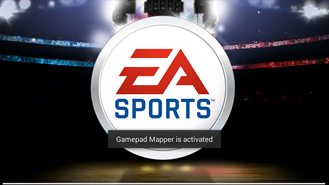 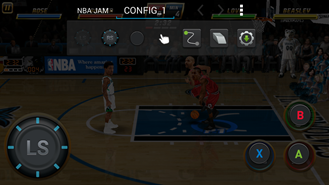 But simple button mapping is just one thing Gamepad Mapper is capable of. It's also cloud connected and can automatically download pre-mapped layouts for hundreds of games. That means you can fire up something like NBA JAM and just start playing, because Gamepad Mapper already knows what's up. It's pretty incredible.

But let's say you have a game that doesn't yet have a Gamepad Mapper file available for download, like Paper Monster. Mapping the layout yourself is insanely easy: just long-press SHIELD's start button and drag the appropriate buttons to the correct location. I put the left joystick down in the bottom left corner, and assigned the A key to the bottom right (for jumping). It took all of 30 seconds and I was ready to play. Like I said, crazy-easy. And if you know other SHIELDers who play the same games, you can even share your mappings with them, too.

Here's a look at the games that will have Gamepad Mapper compatibility right out of the gate: 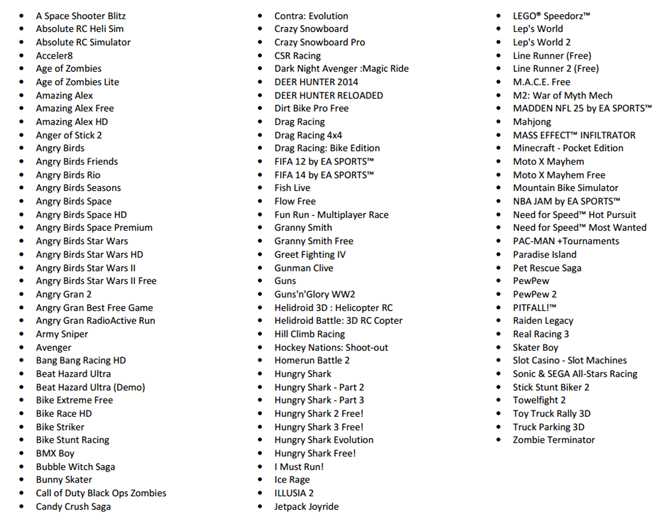 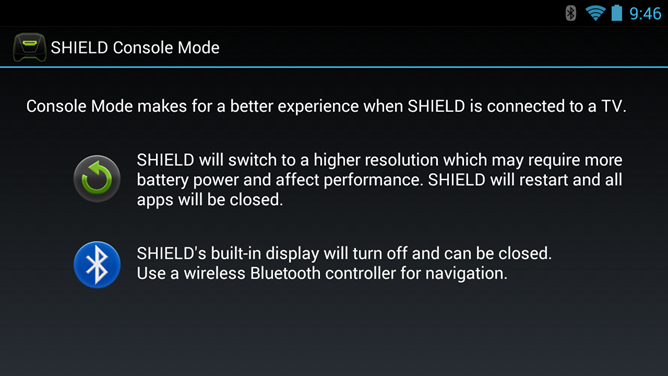 That's just part of what NVIDIA threw into this update. It also features the all-new Console Mode, which allows you to connect SHIELD to your TV via miniHDMI and effectively turn it into a mini-console. Pair up a Bluetooth controller – currently the NYKO PlayPad Pro is certified by NVIDIA – plug up to the TV, and enter Console Mode. SHEILD will then hot reboot and disable the internal display, allowing you to close the lid. Oh, and it streams to your TV at full 1080p, not 720p like the native display. During my testing, I found Console Mode to work pretty well, though there are occasions in certain games when touching the screen is a must – something that's impossible when using Console Mode. Otherwise, it worked like a champ. Pair this with Gamepad Mapper and you have thousands of Android games on your TV. And this time it's done correctly (sorry, OUYA). 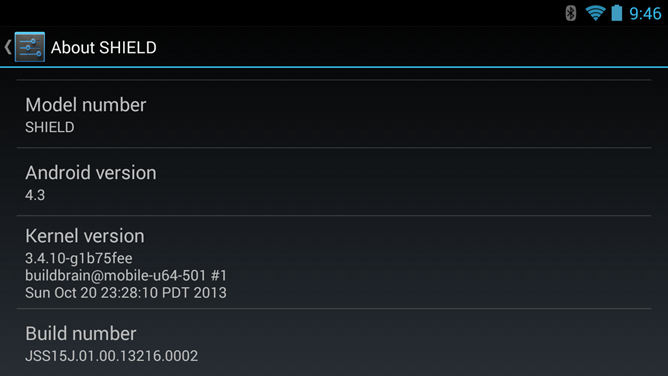 When NVIDIA announced SHIELD, it came with a sort of unspoken promise: to remain a clean, stock, up-to-date Android console. As such, today's update also bring Android 4.3 along for the ride, which makes SHIELD one of the very few non-Nexus devices to be running the absolutely latest software.

But wait, there's more! One of the coolest features of SHIELD is the ability to stream games from a compatible PC and play them away from the computer. This feature, called GameStream, is now officially out of beta and supports more than 50 PC games, including Batman: Arkham Origins, Assassin's Creed IV: Black Flag, Borderlands 2, Bioshock Infinite, Skyrim, and more. To celebrate GameStream's official release, NVIDIA is offering a couple of killer holiday packages:

Pretty sweet, especially if you already plan to pull the trigger on a new video card anyway. 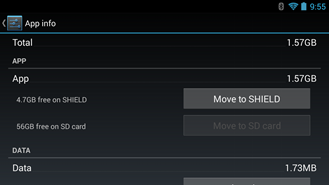 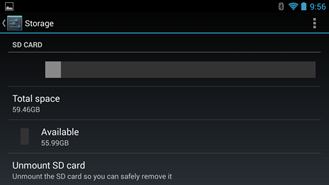 Lastly, let's talk about a feature that showed up in the last OTA: the ability to move games to the SD card. With that update, you could only move the APK to the SD card, which didn't actually help free up very much of SHIELD's internal storage. Now, however, you can move any supported game to the SD card in its entirety. This is an incredible feature, especially if you've already used up SHIELD's 16GB of internal storage. It's worth noting that this requires a card formatted to FAT32 before it will work – it doesn't support NTFS or exFAT, which are effectively read-only on Android.

NVIDIA is also broadening SHEILD's availability by adding several new retailers to the list, including Amazon. This is an option that has been highly requested, so I'm sure a lot of you will be happy that you can now score the device with free shipping on your Prime account. That's a win-win.

At launch, NVIDIA told us they had big plans for SHIELD, many of which wouldn't show up till closer to the holiday season. This update is clearly what they were talking about – it almost instantly makes SHIELD infinitely more appealing. As of now, this is by far the absolute best Android gaming experience in all categories – not just from those that support a controller out of the box.

P.S. – Check out this killer new ad NVIDIA released for SHIELD. It's quite... well, awesome.