It ain't exactly Gone In 60 Seconds, but at least one thief is now sitting on a pile of electronics worth more than any sportscar. CNET reports that a truck stolen from a Gary, Indiana truck stop contained 22,500 LG G2 smartphones, originally intended for a Sprint distribution center in Kentucky. At the unsubsidized price, the combined value of all those phones is more than twelve million dollars. 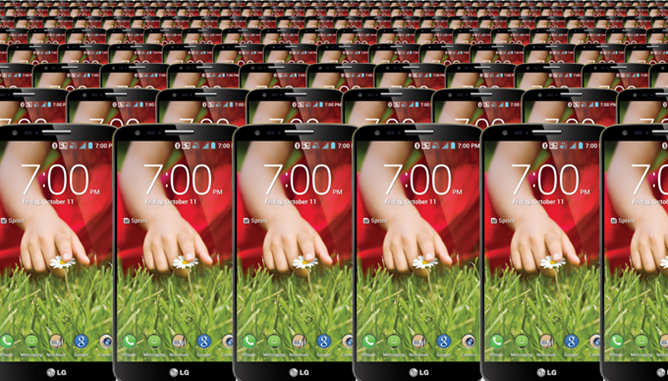 At the moment there don't appear to be any leads in the case, though police in Indiana and Illinois are looking for the truck and the thief, and the FBI is aware of the situation. The burglary might hamper the launch of Sprint's LG G2 planned for later this year, at least in the Midwest. That being said, the real question is what the thief or thieves might do with that many phones. We've got a few ideas:

...or I guess you could just try to fence them. But since this order is probably a sequential run from the manufacturer, I'm guessing that all those smartphones have easily-traceable ESN identifiers. If ill-gotten G2s start popping up in the wild, especially before Sprint actually releases the phone, it would be relatively easy for the authorities to connect the dots. It doesn't help that Sprint phones can't be used on any other major network. I hope those crooks enjoy the loot while they can.

[Bonus Round] Wraithborne, D&D Arena of War, And Rise To Fame