What's that smell? No, that isn't grandma in the kitchen, frying up a football team-sized supply of bacon and eggs. That's your smartphone letting you know that it's time to wake up. And those roses you caught a trace of yesterday? That was supposed to be your reminder to pick up an anniversary card and some flowers on the way home from work, but the alarm obviously didn't get the job done. Oh well, there's always next year (hopefully). With Scentee, a Japanese smartphone accessory that can produce smells in place of smartphone notifications, you always have an aid that can knock some scents into you.

Engadget has shared a hands-on video of the fragrant accessory, which plugs into the headphone jack of both Android and iOS smartphones. A sim-card sized chip that delivers the scent is tucked away inside, and it's triggered via ultrasonic waves. Rather than sound out or buzz off when a notification arrives, your phone will shoot out a fragrance of your choice. You can assign them to alarms, text messages, social networks, and, eventually, different locations.

There are many smells to pick from, so you can have the aroma of coffee fill the air when it's time to head to work, give the office a whiff of fresh curry when it's lunch time, and have the scent of strawberries shoot out when it's time for dessert. The device can also come to your aid in other ways - if you forgot to shower and your significant other asks why the apartment smells like leftover baked potato, just say it was Facebook. 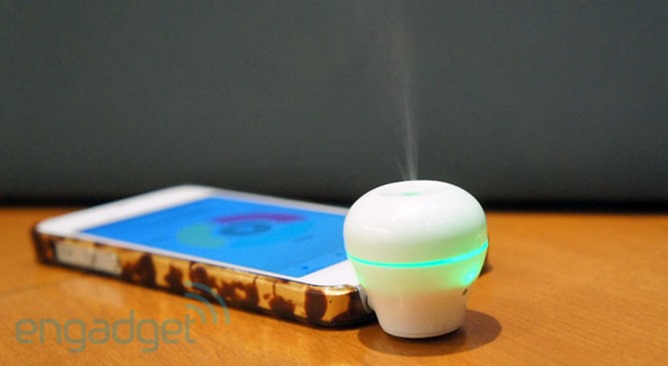 Scentee has an automatic timer that can go off every half hour or however often is necessary to mask the smell of that donut you snuck in after dinner. Just don't go overboard, as each capsule is good for roughly 100 sprays, and they will cost around $5 each to replace once the device starts shipping to the US. Scentee itself will sell for $35. 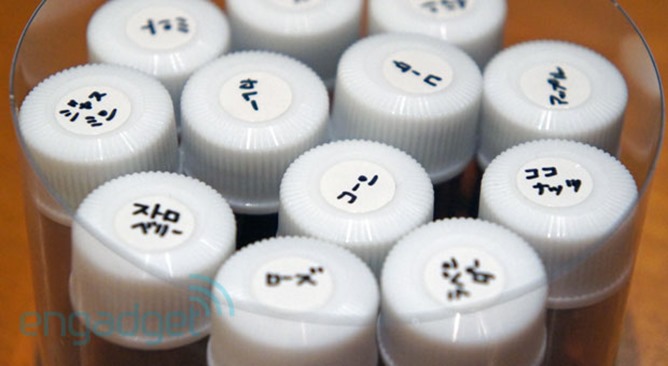 The product will first launch via Amazon Japan on November 15, but the ETA for the rest of the world has not yet been announced. Still, I would get excited if I were you. Innovation like this is nothing to sniff at.

Code Commits In AOSP Indicate Android Will Be Updated To The v3.10 Linux Kernel

Feedly Brings Back The Lifetime Pro Edition, Except Now It Costs Three Times Its Introductory Price