New email clients pop up all the time, and frankly, it's hard to spice up the old formula. At the end of the day, each presents us with various ways to sift through our inboxes, filtering out the junk from the occasional personal message, a task that's only marginally more interesting online than it is in person. So what sets Molto apart? It's does for email what Flipboard did for RSS - make it simple and pretty. 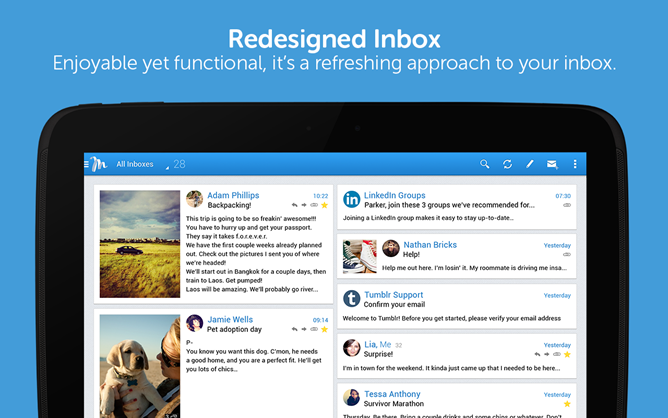 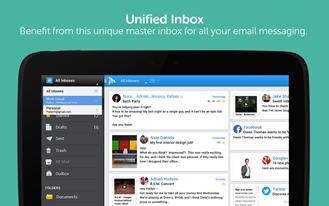 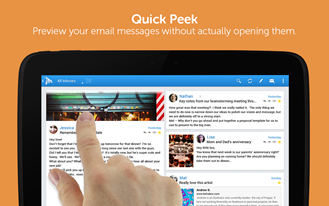 Lets get one thing out in the open right away, this app is tailor made for tablets. Yes, you read that correctly. This is an email app that appears to prefer your tablet over your smartphone. Hey, apps can have preferences too. Unfortunately, that alone may be the single largest nail anyone could drive in a mobile email client's coffin. Seriously, how many people bring their tablets to the coffee shop like this guy? 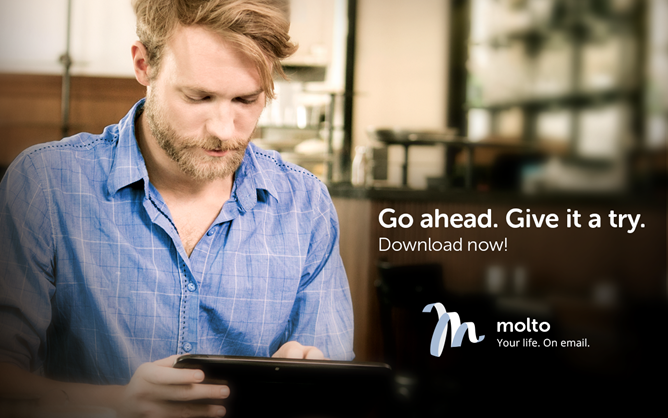 Molto probably won't be a power user's dream come true, but it could work nicely for a less tech-savvy family member, especially one who's home most of the time anyway. It offers messages in large, easily readable tiles organized onto swipe-able pages. Users can take a "Quick Peek" to get the gist of a message or pull up a full screen view to read the full thing. A unified inbox makes it easy to keep up with multiple accounts, while a Facebook-specific photo inbox presents a stream of images. The app is only available as a beta at the moment, but it's free to try out if you're curious. And, well, I was.

Molto is pretty. Now sure, it doesn't look quite as integrated as it could. It has a sidebar navigation menu, and the buttons are all in the right place, but the gradients used throughout the interface really don't do it any favors. You're also either going to love or hate the background that stretches across the top when viewing emails. 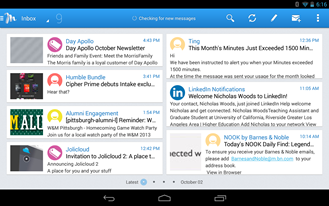 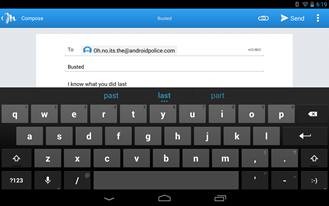 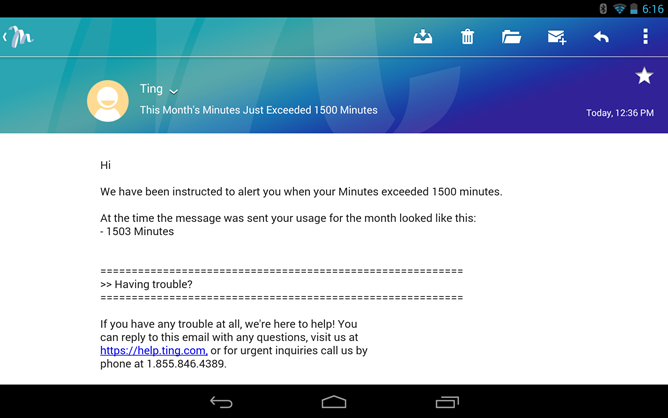 The photo inbox is of very limited use, since it only works with Facebook, but again - with the audience I would recommend this app to, that isn't that bad of a thing. The images load quickly, and I actually found it more enjoyable to swipe through images using Molto than either the Facebook website or its app.

Unfortunately, some of Molto's strengths don't lend themselves well to screenshots. Smooth animations accompany many of your actions, with the inbox's tiles smoothly fading away whenever one is clicked. But on the downside, you can't rotate the app if you want to view an email in portrait. Molto works in landscape only. Again, is that a deal breaker? Possibly, but probably not for family members I would recommend giving this app to.

Someone who has never used email before would probably have no trouble navigating Molto, assuming they go through the setup process themselves. The entire process is as straightforward as one could hope, with a quick guide and handy visuals.

In this day and age, it's not uncommon for apps to start up with a useful walkthrough of sorts. However, many of them follow that up with an interface that we wouldn't exactly call easy to pick up and play. Molto manages email, and there's a fair degree of complexity that comes with that, but this really is about as simple as email clients gets.

You? No, probably not. Not for yourself. If you're enthusiastic about your phone enough to peruse a tech blog and understand what most of the posts are about, this probably isn't going to be your bread and butter, at least not in its current form. But we all have friends and family members who aren't like us - they don't go around hunting for email clients, nor do they even know what one even is. Hand Molto to them. It might just make their day.

[Deal Alert] Best Buy Is Offering $100 Off Any AT&T, Sprint, Or Verizon Smartphone Plus Free ...