Welcome to the latest entry in our Bonus Round series, wherein we tell you all about the new Android games of the day that we couldn't get to during our regular news rounds. Consider this a quick update for the dedicated gamers who can't wait for our bi-weekly roundups, and don't want to wade through a whole day's worth of news just to get their pixelated fix. Today we've got a new action platformer from Noodlecake, both a tactical and a conventional multiplayer RPG, and a new entry in Herocraft's Strategy & Tactics series. Without further ado:

Publisher Noodlecake and developer Ravenous Games have teamed up for another run around the familiar stomping grounds of fast-paced, gun-toting platforming. This time you're given a wide variety of player characters and weapons, which you can use to shoot your way through 40 levels of kooky Contra-style action. Ever wanted to play as a cheerleader with a minigun? How about Abe Lincoln with a bazooka? It's all there, along with Noodlecake's signature tight touch controls.

From the creators of the award winning platform game League of Evil comes Ravenous Games' new action platformer Random Heroes!! Brought to Android by Noodlecake Games! A group of unlikely heroes are set out to save the world. Monsters from another dimension are trying to take over Earth. Blast your way through these invaders in this action platformer! Collect coins and upgrade your weapons and characters to become stronger, faster and more lethal! Arena looks like someone dropped a bunch of B-list characters from Final Fantasy VII into a tactical RPG, and that's basically what it is. Ridiculous haircuts, oversized weapons, airships - you get the picture. But Arena is all about the turn-based combat, which seems to be both complex and stylish. This game is an alpha version of the latest hero-based free-to-play multiplayer RPG, so get your kicks in before the rich kids start abusing the IAP system.

This is a free public Alpha version of our upcoming Aerena app, which is not feature complete but completely free. Let us know your feedback and help us improve the game. ÆRENA is a tactical, hero-centric combat game with a unique Ætherpunk setting. Command formidable Champions, employ powerful Æther Shells and challenge your brain - not your fingers - in strategic, turn-based combat. ÆRENA offers true cross-platform gameplay. Battle your friends and other players, or hone your combat skills in solo training -- anytime, anywhere.

We are not wanting for multiplayer RPGs today. Hello Hero is a decidedly goofy take on the exploding sub-genre - the trailer below is pretty good. It looks like this one has more standard turn-based combat without the directional and distal component of a tactical RPG. Hello Hero has a big focus on social gaming and in-app purchases, so consider yourself warned if that's not your style.

In Hello Hero, the epic, fast-paced, social Role Playing Game, assemble the ultimate team of unlikely heroes ranging from the traditional (a knight in shining armor) to the inexplicable (a guitar-wielding cactus that heals with the soothing sounds of his music) to earn rewards, compete with friends and battle with bosses to defeat the diabolical force and save the galaxy! 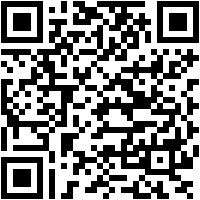 Ah, the memories of the wonderful Cold War, when the whole family would warm themselves from the heat of an irradiated chunk of masonry and hide from Soviet troops marching down Main Street. Herocraft gets novelty points for setting their latest Risk-style strategy game in an alternate history. It's the same gameplay you've come to expect from this series, but this time played out across Europe and North America. The game includes online multiplayer for some extra challenge.

USSR vs USA is an add-on for Strategy & Tactics: World War II. The Generals, having gone through the trials of the recent war, now lead armies on the battlefields of an alternate reality. A nuclear attack on Beijing was the turning point to set history off at a tangent and create the course of events in the game world. The two Titans entered into a deadly fight. The Soviet army is to put an end to the capitalist system. The Americans have to drive the enemy out and uphold the democratic ideals at all costs. [Hands-On] Molto Is A Tablet-Only Email Client That Is Great For Newbies, And It's Attractive ...