Welcome to the latest entry in our Bonus Round series, wherein we tell you all about the new Android games of the day that we couldn't get to during our regular news rounds. Consider this a quick update for the dedicated gamers who can't wait for our bi-weekly roundups, and don't want to wade through a whole day's worth of news just to get their pixelated fix. Today we've not one but two robot games, a cartoon tactical version of Game of Thrones, an audio endless runner, a poultry endless faller, and reverse Asteroids. Without further ado:

Somebody's seen Pacific Rim one too many times. Mechs vs Aliens delivers on the simple premise, although not in the way you might think. The screenshots below look like a pretty typical fighter, but the action is turn based, so the gameplay is more Pokemon than Mortal Kombat. Story, arcade, and survival modes are included, but unfortunately there is no multiplayer element. The developer says it's coming soon.

Transform into a giant mech of destruction and battle deadly extraterrestrial kaiju monsters to save our planet! Play this FREE turn-based fighting game in which you take control of elite war robots to defend the Earth from alien invaders. Under attack by alien monsters! All the world’s nations are united in the Planetary Council to defend the world against enormous alien aggressors. 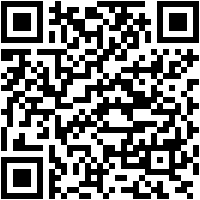 More robots, you say? Robo & Bobo is more adorable than action-oriented, but the novel premise of a giant robot rescuing his teddy bear was enough to get it on this list. This one is a puzzle game masquerading as a platformer: you've got to plan out the robot's moves before starting the level by inputting a "program." Graphics are pretty good, and the 3D stages have a lot of environmental variables to tease your brain.

Inside a vast robot factory scientists are testing a robot's love for his teddy bear to the limits... Can you use the simple controls to command Robo and help him pass all the tests so he can finally be reunited with his adorable (and only) friend Bobo?

If Game of Thrones was remade as a Flash cartoon, it might look a lot like Kingdom Tactics. You control a tiny army real-time strategy style, trying to get into various fortresses and kill all the dudes (tactical term). And yes, it has dragons. Sprite graphics are nice and easy on the hardware, but the game is singe-player only. Then again, given developer Com2Us' rather slavish dedication to the F2P model, maybe that's a good thing.

The next evolution of Action Strategy gaming! ≪Kingdom Tactics≫! Take part in a battle of strategic tactics to reclaim the lost throne! A massive-scale war game taking place over a vast and beautiful map! Assemble an army of diverse characters, dragons, and Heroes to rebuild the defeated kingdom and restore peace throughout the continent! This game is free to play, but you can choose to buy items with real money. Some paid items may be refundable depending on the type of item

It's Audiosurf on your phone. If you've somehow managed to avoid every Steam sale in the last two years, Audiosurf is a game that generates dynamic Guitar Hero-style levels based on your own local music, but instead of a plastic guitar, you get a spaceship (or in this case a rocketeer). It's an interesting experience, but know that you can only use music that's actually on your phone, and the difficulty of the levels generally matches the tempo of the song.

Audionaut is an interstellar rhythm runner that allows you to zoom your way through the galaxy to the beat of your favourite songs! Tap your way to the top of the leaderboard playing custom levels generated from your own music collection. Instant loading and a state of the art music algorithm lets you fully experience your music. Collect as many notes as you can to gain the highest score and prove your musicianship.

Why can't chickens fly? Well as a species there are various evolutionary forces at work, but I'm betting the reason that this one in particular can't fly is that he's being dismembered by elaborate deathtraps. This is another "endless falling" game, kind of like Tiny Tower in reverse, where you play a chicken plummeting through the most elaborate processing plant ever. 80 levels and a somewhat twisted sense of humor make this one worth a look.

Plunge towards the depths of a chicken-powered science facility! Chickens Can't Fly is here to give you endless free-falling excitement in a wacky world. Fall through all 80+ levels of the game. Avoid meat-grinders in the butchery, pass silently through the scary cemetery, bravely face a battlefield, survive the science lab and dive deep underwater! Use over 30 wacky power-ups to make your life easier, or crazy power-downs to make it challenging and rack up huge score multipliers. 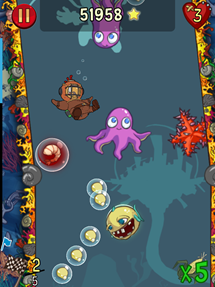 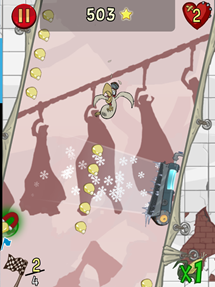 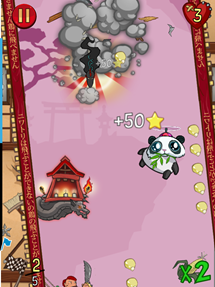 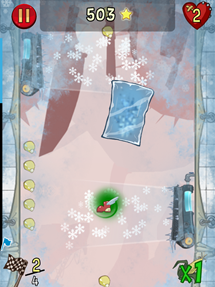 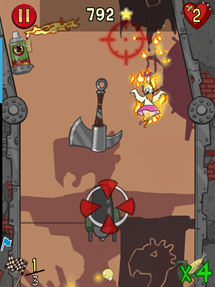 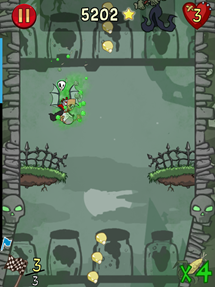 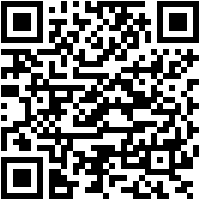 They say that imitation is the sincerest form of flattery. If that's true then Asteroids should be downright smitten with Terrene, which imitates the look and feel of the original space shooter to a T. But the core gameplay is reversed: in Terrene you use a tractor beam to get closer to the asteroids, narrowly avoiding them and making them smash into each other as you progress through the levels. It's a novel idea, even if the presentation is derivative.

A smartphone game about space physics, social interaction and logophilia. Asteroids are both your friends and your enemies. Use them to move ahead, but don't get too close. Uncover the lore of mankind on the way. Lost in unknown space with a broken engine, the player is to use Tractor Beam and utilize physic to maneuvre among asteroids, which would either assist or destroy you. 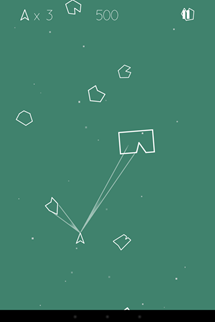 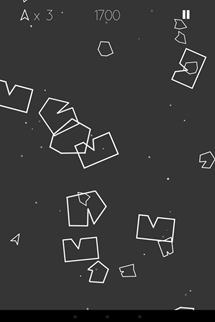 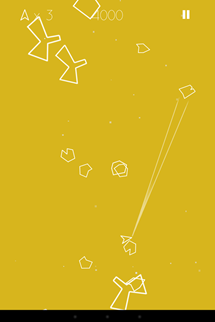 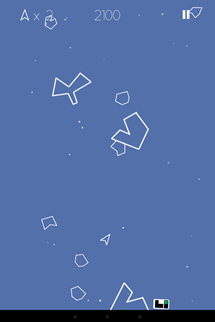 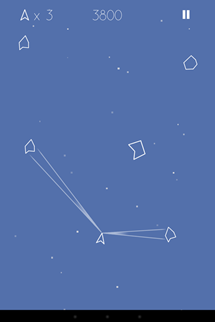 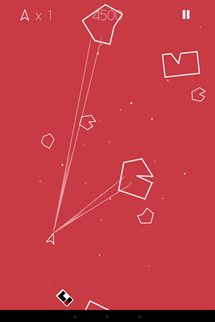