The time has finally come, couch potatoes: Aereo is here. This service has been making waves ever since it launched in February of last year, offering rebroadcasted over-the-air television across the Internet. The web service and iOS app has been available for entirely too long, but now it's time for Android to play (albeit in beta form). The Aereo app is a free download, but the service requires a subscription... and Android 4.2 or higher. 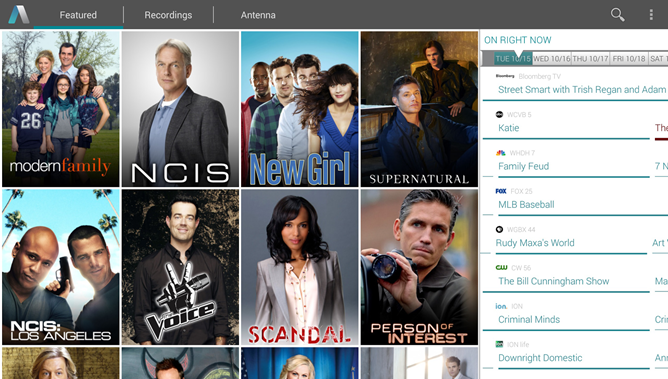 Here's the gist: you sign up for Aereo for eight bucks a month, and you can watch your local television channels over the Internet, anytime, anywhere. You also get 20 hours of DVR storage on Aereo's servers, so it doesn't clog up your device with huge data files. Of course you'll still have to pay for the data itself, so it would be unwise to binge on Monday Night Football if you're on a tiered data plan.

Unfortunately there are a lot of restrictions. Aereo only offers service in a few select US cities, namely New York, Boston, Atlanta, Miami, Salt Lake City, Houston, and Dallas. You have to live in one of these areas to sign up, and yes, Aereo will check based on your credit card. The Aereo service itself is also in a bit of legal trouble; the latest court decisions say that Aereo's rebroadcasting strategy is legal from a copyright standpoint, but the major networks are still trying to get it shut down. That Android 4.2 restriction is also going to limit a lot of users. 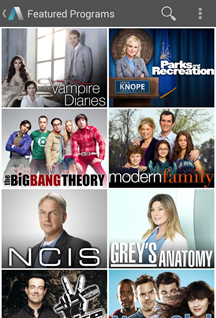 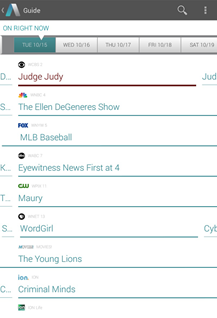 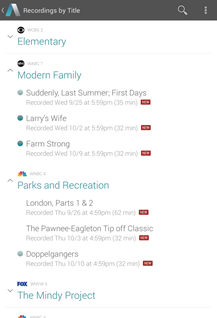 The app itself is pretty similar to the iOS version with a few interface tweaks for Android. It's set up kind of like a portable TiVo, with content broken up by live streams, shows, and channels. A full schedule for local channels allows you to record in advance, and the standard DVR function will let you pause live TV even without recording it. I'm not in a supported area, but the initial review are generally positive. Aereo is currently offering a month-long free trial of the service.