Yesterday, Andrew Bell unveiled his latest creation: the Trickertreat Android figurine for Halloween 2013. This whimsical little pumpkin-headed Android has a dual-nature personality, much like the fun-loving, but also high-strung mayor of Nightmare Town in Tim Burton's The Nightmare Before Christmas. Actually, Trickertreat is a lot like a mashup of the Mayor of Halloween Town and The Pumpkin King himself. 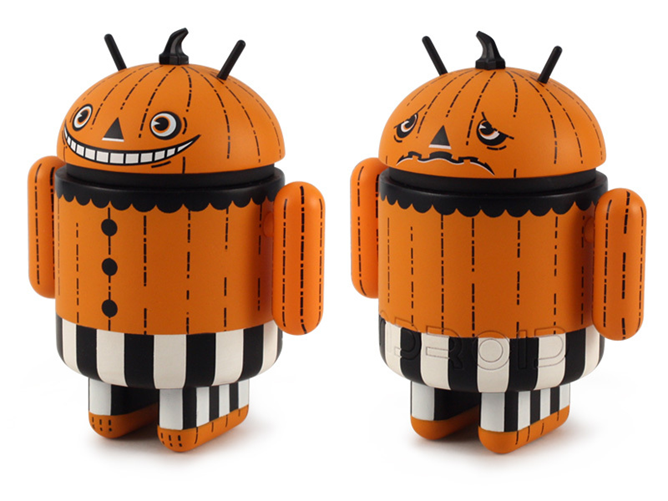 Now for all you 'treat lovers, we've teamed up with Andrew to help ten of these little guys find new homes.

To throw your name in the hat, you need to answer one question for us: what's your favorite classic Halloween monster? We're not going to be super-picky about the definition of "classic" or "Halloween" here, but try to keep your answer as on-topic as possible. For instance, there's no way I could not answer that question with Leatherface. He's not really a monster in the traditional sense of the word, but the concept of a chainsaw-wielding madman wearing someone else's face is every bit as terrifying as Frankenstein's Monster – perhaps even more so, given the actual possibility of such a lunatic existing in the real world. 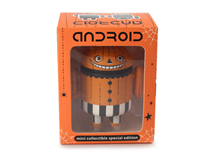 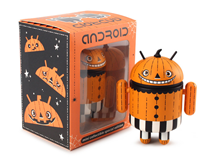 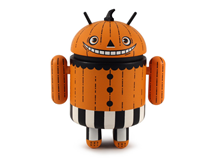 But wait! Don't just drop your comment down below and think you're finished – you must also use the Rafflecopter widget below. That's how we pick the winners, so if you don't use it, you're not even in the race. You've been warned!

This contest is Global.

The giveaway begins now and will run until All Hallow's Eve (that'd be Halloween) at 12:00 Midnight PST. After that, we'll randomly pick the winners. Have fun!

Does The Kindle Fire HDX's Screen Still Have You Feeling Blue? It Turns Out That Off-Color ...

BBM For Android Review: A Great Way To Keep In Touch... If You Have A Time Machine. To The ...