Spiderfly Studios has a knack for developing apps that extend Android's functionality in the least obtrusive way possible. Their most popular app thus far, Glowfly, offers holo-friendly SMS popup notifications with support for images and sending quick replies. Their latest offering, Stormfly, offers HD wallpapers that change as the weather does. It's not an original concept by any means, but the studio has managed to throw together an app that does this in the most integrated way possible, and they do so without putting much of a strain on bandwidth.

All of Stormfly's functionality is visible and tweakable from a single Settings page. There are no deeper menus to dive into, but that aside, what's there offers a fair degree of control. 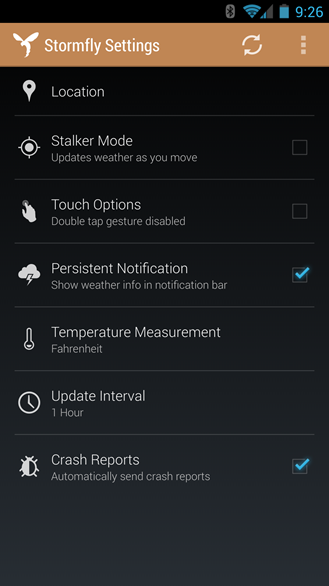 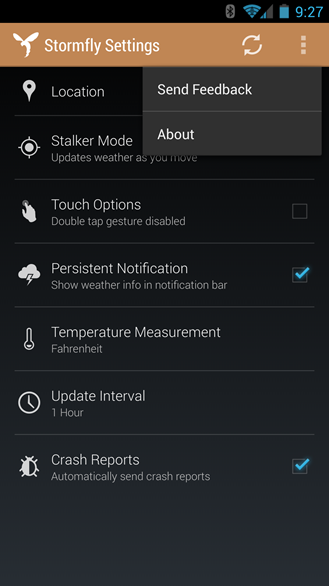 Each item on the screen shoots up a popup menu that lets you input information directly. The first and most important of which, naturally, is the location setting at the top. Three guesses what this field will ask you for. You're free to type in your location or, if you have precisely no idea where on Earth you are, you can tap the GPS symbol and have it bring that information down for you. 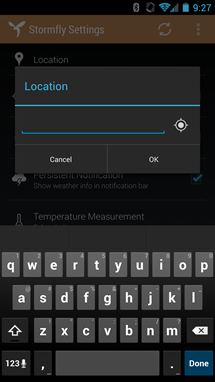 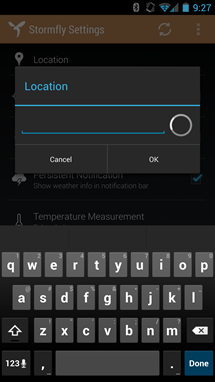 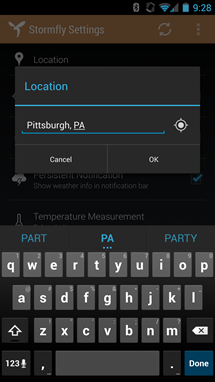 The current temperature will appear in the notification bar once the app has pulled down local data. Unchecking the Persistent Notification option removes this number, which I'm sure many of you will want to do immediately. It's okay, I'm one of you.

By default, the app won't use GPS to hone in on your location. This is just one of many signs that Stormfly wants to use as little juice as necessary. But if you're someone who travels often, you're probably not going to want to be burdened with manually inputting your location every time you arrive someplace new. Having a wallpaper that displays the weather back home isn't much use unless you merely want another reason to feel homesick. 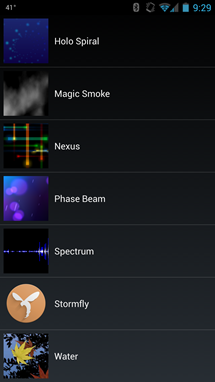 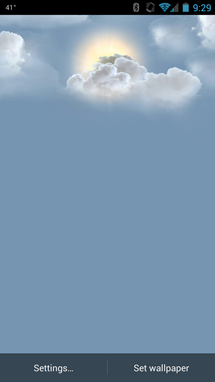 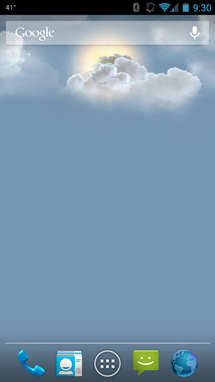 Now I hear you, those images above look pretty static. I can assure you, they look just as static on my home screen. This isn't a live wallpaper. If you want that, you will have to look elsewhere. What's here is a crisp high resolution image that stretches nicely across multiple home screens and holds up even to the 1080p scrutiny of the HTC One. 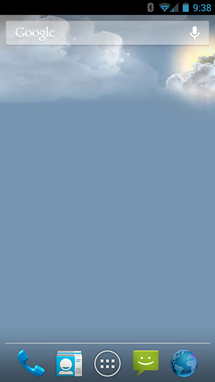 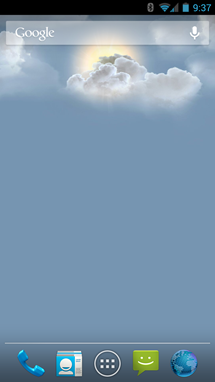 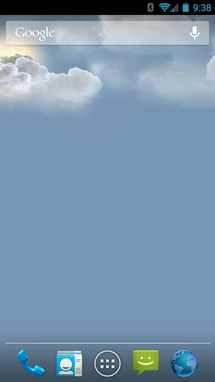 To keep the size of the app down, Stormfly only pulls down wallpapers when needed, but to avoid wasting bandwidth, it caches up to ten of them on your device. Given that in most areas of the world, the weather doesn't rapidly cycle through all that many temperaments in a single week, this should be fine. 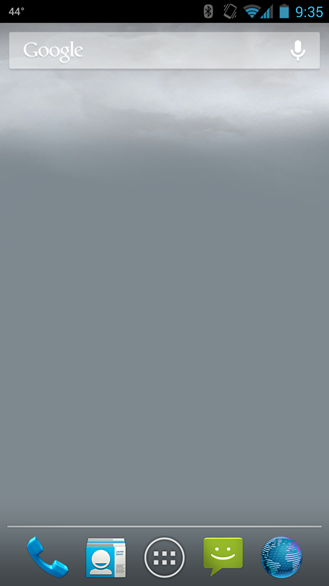 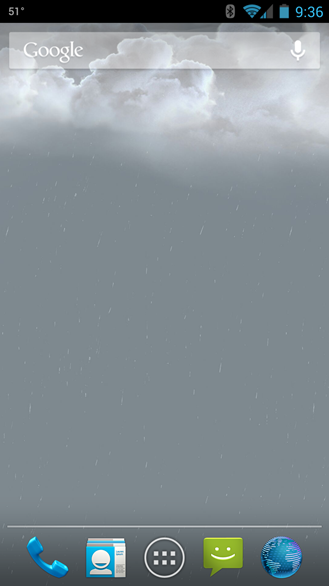 In addition to changing weather, Stormfly also provides sunrise, sunset, and night time images, so glancing at your phone should be nearly as useful as looking out of a window. Unfortunately, given the somewhat drab color palette, even for bright sunny days, it won't be nearly as refreshing.

Stormfly costs 99 cents to use. There is no free version to demo, nor are there any extensive features to unlock. What you see is what you get. This app isn't notable because it's more functional than the competition, it's worth checking out because it's less distracting. This won't kill your battery, it will save you from having to regularly change up your current static wallpaper, and 100% of the proceeds go to a cancer patient in need. It's nothing exciting, but it gets the job done.