If you buy a Fitbit, Jawbone Up, or one of the other fitness sensors out there, you're committing to a single software ecosystem. That can be a problem if you want to use your hardware with third-party apps. Plenty of Android users know the pain of being unable to wirelessly sync a Fitbit with most Android devices. The Angel fitness and health sensor is an attempt to build a completely open device that app developers can plug into and create new experiences for users. After launching and Indiegogo campaign on September 16th, Angel has now passed the $100,000 fixed funding goal with almost 2 weeks to spare.

Angel is a slim wristband like other fitness sensors, but the creators claim it will be able to gather substantially more data. It will have a motion sensor for tracking steps and other activities, a heart rate monitor, a blood oxygen sensor, and a temperature sensor. All the data will be collected in raw form instead of being obfuscated by an arbitrary rating or numbering system. 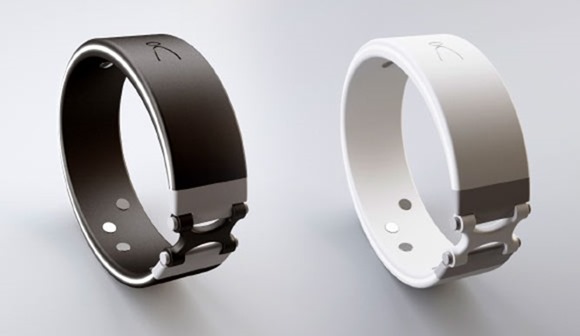 Developers on both Android and iOS will be able to take advantage of the open APIs to create apps that utilize the Angel's data and real time logging. Many popular fitness apps could conceivably be updated to work with the Angel as well. The device will come with a single "Foundation" app that displays all the data gathered by the band, but it's not clear if it will do anything else, or if the designers will rely on third-parties to go beyond the basics.

Keep in mind the Angel will work over Bluetooth 4.0 LE, so only Android devices that support that standard will be compatible. The company is expecting to send the Angel out to backers by April 2014. If you want in, the $135 tier gets you one wristband.

[Deal Alert] AT&T G2 Down To $99.99 Through Amazon For New Lines And Upgrades