HTC Americas president Jason Mackenzie announced last week that the T-Mobile Android 4.3 update would arrive on October 21st, and in contrast to last week's delay, today's update has arrived right on schedule. Multiple users have already reported Android 4.3 OTA sightings on their phones. If you're an impatient HTC One owner on T-Mobile, now's the time to start hitting that refresh button and trying your luck. 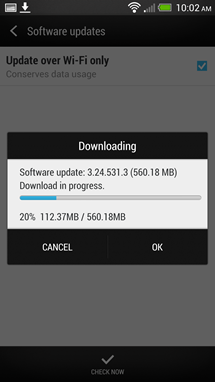 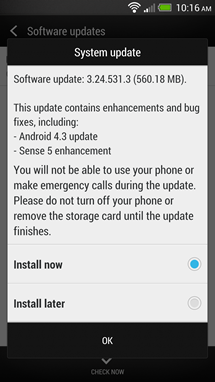 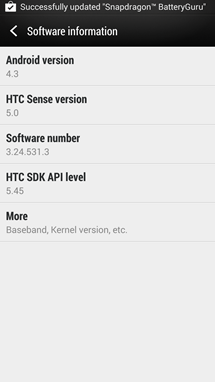 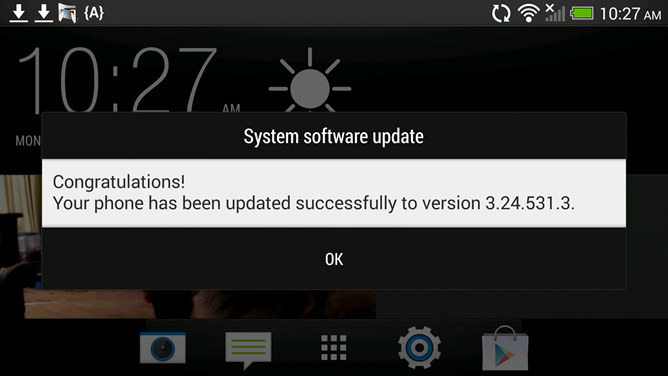 The Android 4.3 update is tucked away under a download labeled version 3.24.531.3. It's a pretty hefty bit of data, coming in at 560.18MB. T-Mobile may be one of the two major carriers that still offers unlimited data plans, but you're going to have to snag a Wi-Fi connection before pulling the lever on this one. Considering the number of people who will receive this update today, it only makes sense. Android Trickertreat Collectible Is Now Available For $10, Will Start Shipping On October 23rd