This is the point in Google's product cycle where the leaks start falling like rain. Earlier today a Korean site named UnderKG (in case you couldn't tell through the obnoxious watermarks and bloom) posted photos of what appears to be the retail packaging of the LG Nexus 5. The boxes depart a little from the design of the previous Nexus devices, but still follow the basic pattern. 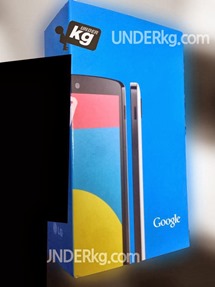 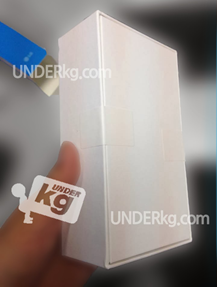 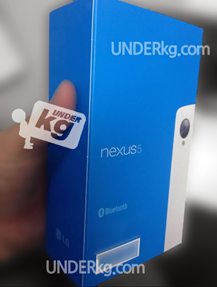 What's more interesting is that the device itself seems to be a white variant that we haven't seen before. All the various leaks from Google, LG and others point to a color scheme of black or dark grey soft-touch plastic, very much like the Nexus 7 2013. But the photos on the external box here show a white-on-black color scheme with the rear panel in white and the rest of the phone in black. It's quite similar to what LG did for the white version of the Nexus 4 (which has proven to be a little divisive from an aesthetic point of view). Note the Bluetooth logo prominently displayed on one of the boxes - odd. Keep in mind that these retail boxes may be specifically for the South Korean market, though any changes are likely to be minor.

With Google's slip-up on the Play Store last night and more and more leaks coming every day, it surely can't be too much longer before the Nexus 5 is revealed, and it will almost certainly accompany the Android 4.4 rollout. We know the specs, we know the price, we know the name... now we just need to know the date.

UnderKG has since removed the photos for some reason. Google+ users rohan rao rao and Ashtos Jain re-posted the photos.

Via iTechTriad - thanks to everyone who sent this in.