Twitter has been steadily tweaking their beta release channel for the Android app, and the latest update removes one of the most poorly-received features from the last beta version. The translucent tri-button array at the bottom of the screen (post a photo from storage, take a photo, or a simple textual tweet) has been removed, and is now replaced with a single, consolidated button. 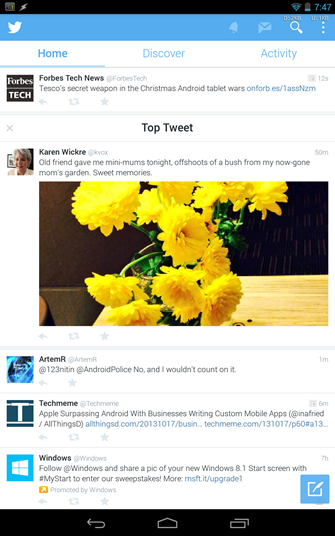 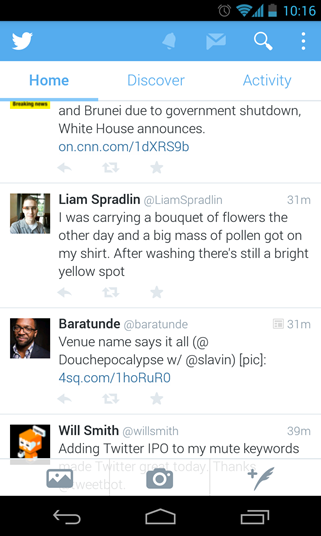 New on the left, old on the right. Pardon the different resolutions.

That button will also become semi-hidden when you scroll through your Twitter feed, giving you that much more room to see your tweets. Nice. You can still access the photo options from the primary tweet composition page, which uses the same button layout plus an option to include your location. 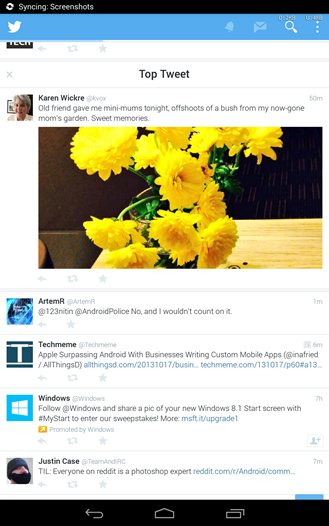 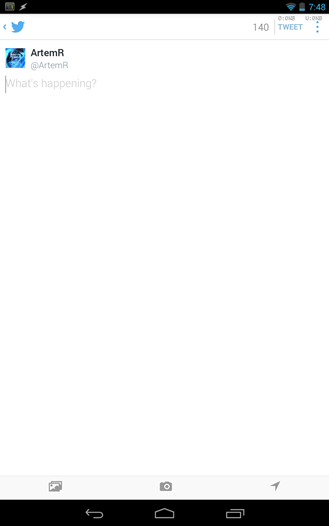 You may want to hold off on the update, especially if you use a latter Samsung phone. Our fearless leader Artem (who took all these screenshots) reports that the new Twitter beta crashes constantly on his Galaxy Note 3. Of course this is a beta, so this sort of thing isn't unexpected. As usual, you won't be able to download the new version from the Play Store unless you're in the beta program. 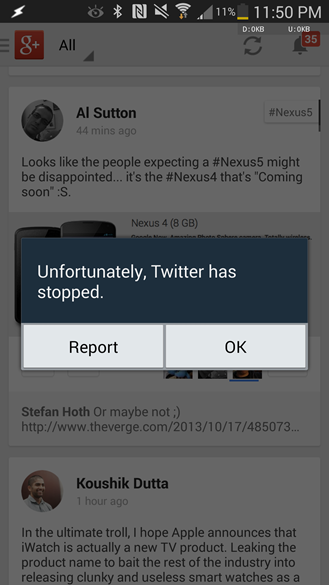