When people think of laptops, Android isn't the first operating system that comes to mind, but the number of options continue to grow. The Asus Transformer series showed that a tablet and a keyboard packaged together nicely could prove to be more appealing than a netbook, and the more recent HP Slatebook x2 managed to feel more like a laptop and less like a tablet. Now Lenovo is ready to do its competitors one better by debuting an Android laptop that is more than a tablet packaged with a nice keyboard dock - the Lenovo A10, a convertible 10.1-inch laptop running Android 4.2. 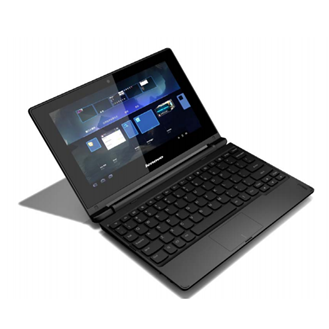 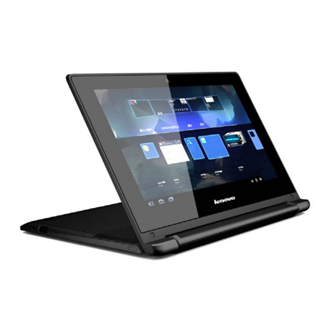 The Lenovo A10 is capable of folding backwards into a more touch-friendly easel mode. It has a 1366 x 768 display, a RK3188 1.6GHz quad-core processor, and up to nine hours of battery life. It won't appear on store shelves in the US, but when it starts popping up in Africa, Asia, Europe, and the Middle East, it shouldn't cost too much more than a couple hundred bucks.

This announcement hardly takes us by surprise. PC sales have been less than stellar since tablets took their current form and Windows 8 failed to wow consumers, leading traditional PC manufacturers such as HP and Acer to turn to Chrome OS and Android as a way of remaining competitive. Lenovo's latest entry into the market wouldn't be shocking even if the company hadn't accidentally leaked its plans already. Twice.