Update: Vic Gundotra, Google's SVP of Engineering, had this to say after posting on Google+ about the new Voice update:

Guys, don't worry. We have massive investment in Android. I promise you will be happy soon. Don't get upset because we show some love to Google users who use iOS. There are a lot of them. And they are good people :-)﻿

So chill out: it looks like VOIP for Voice is coming to Android sooner or later. Thanks to commenter spacekobra for the tip.

Good news, Google Voice users: the feature you've been waiting on for literally years is finally available. Bad news: it's only available on iOS. The iPhone and iPad app now allows users to make Voice Over IP calls to any number using their Google Voice number, and calls made to numbers in the US and Canada are completely free. The same international call rates are reportedly still in effect. No SIM card is necessary - calls made from the iPad or iPod Touch go through just fine. 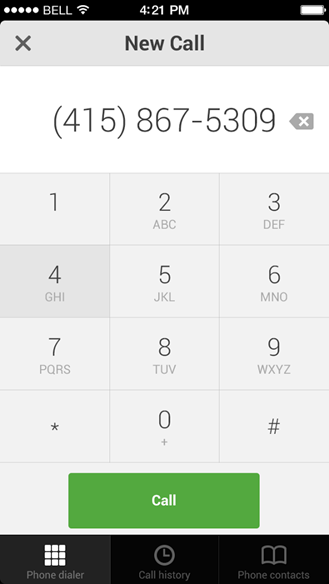 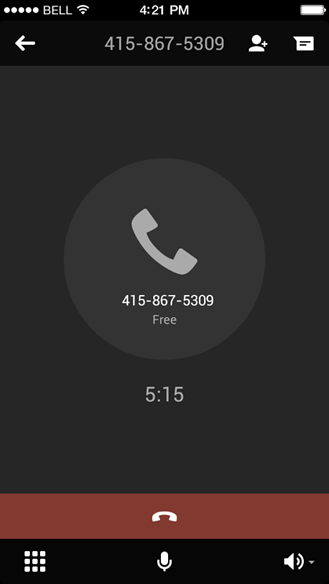 What's more, iOS users can now receive calls on devices with Google Voice, though the call comes in through the Hangouts app. These are features that have long been speculated for Google Voice. While it's currently an excellent SMS substitute and call forwarding service, true VOIP is still beyond its capabilities on Android and the web (though Hangouts has been encroaching on that territory). It's not clear why iOS is getting this feature first, and we have no idea when (or if) it will come to Android. However, it's reasonable to assume that updates to Google apps across the board will come with Android 4.4, so perhaps this feature isn't too far away for Android users. Some of the new and consolidated icons in the Nexus 5 leaks may hint at this.

I don't have to explain what a boon VOIP on Voice could be for users in the US and Canada (but I will anyway). If you can essentially turn Voice/Hangouts into your telephone provider, a WiFi or LTE tablet suddenly becomes a full-fledged smartphone, albeit a somewhat unconventional one. It would make it that much easier for users who are willing to stick to WiFi to kick the carriers to the curb. International users are still left out in the cold, and this is unfortunately the status quo, but it's an exciting development nonetheless. The fact that the Voice app itself has been somewhat neglected in the last year implies that some or all of its functionality might be rolled into Hangouts, a la Google Talk.