Earlier this week, we posted the first look at the upcoming Android Play Store app v4.4. As it turns out, besides sporting a new look and a secret message to the teardown team, the updated Play Store is strongly hinting at another new arrival - one we've been waiting for since March. And now we have the updated name for it - Google Play Newsstand.

But first, allow me to refresh your memory. Back in March of this year, we got a tip about several interesting bits of Javascript and CSS code inside the web version of the Play Store. The code hinted at the advent of Google Play News - a digital newspaper counterpart to Play Magazines. Magazines are purple, and Play News was supposed to be yellow. The code also suggested that you could purchase individual news issues or start subscriptions. 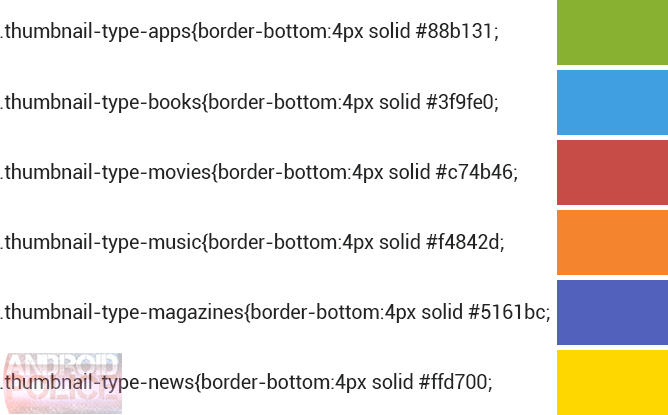 Following our revelation, Ron's teardowns went on high alert for any signs of Play News in upcoming Play Store builds, but to our surprise, we haven't heard a peep about it for over 7 months. Until Play Store v4.4.

Here is what I have found during the Play Store 4.4 APK teardown.

And now, the supporting evidence:

I am not sure when Google Play Newsstand is going to be announced and whether such an announcement will coincide with Nexus and KitKat releases, but it's most definitely approaching.

P.S. I'd also like to clarify something. When I heard that the New York Google Play event was not related to hardware, I started suspecting that perhaps Google was going to announce Play Newsstand there instead. However, a subsequent update from a credible source put an end to any chance of that happening since there would be no news announced at the event at all. It seems to be generic in nature and targeted at mainstream press, which explains why most tech publications never got the invitation in the first place.

Lenovo Debuts Its First Android Laptop, The Convertible And Affordable Lenovo A10

Free VOIP Calls Now Available On The iOS Version Of Google Voice, Android Update Is Up In The Air