Samsung made a promise during its Unpacked Episode 2 event, the kind of promise that can send Android enthusiasts fuming in anger if broken. If you haven't guessed, I'm talking about an update to the latest version of Android, 4.3. Samsung said that the Galaxy S4 would make the leap in October, and sure enough, updates are starting to appear. Here's proof, courtesy of Sam Mobile. 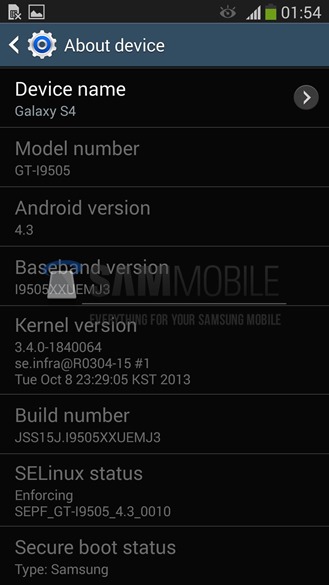 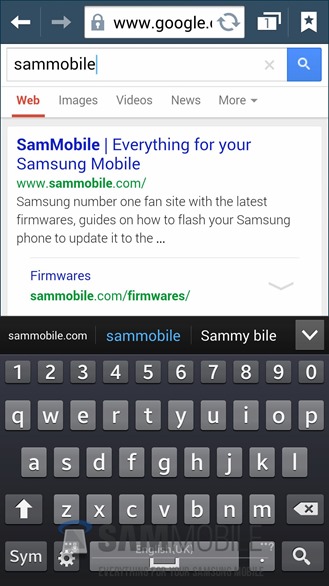 For the most part, things will look the same following the update. There's a new stock keyboard, and the default browser now opens in full-screen by default. A new reading mode optimizes the display for reading, but it's only used by a few specific applications. There are other minor UI tweaks to be found within a number of Samsung's other apps.

But most of the changes happen in the background. The phone now has Galaxy Gear support, a big deal for the handful of you who took interest in Samsung's $299 smartwatch. KNOX implementation and OpenGL 3.0 support have both been added, and Samsung Wallet now comes pre-loaded. TouchWiz should also suffer from fewer redraws and less lag, which could go a long way towards making that high-end handset feel as powerful as it is.

Unfortunately, there's no way to know how long it will take carriers to get this update out to the masses, so most of you shouldn't start checking for updates just yet.