Update: Official press images of the Nexus 5 fresh from Google's own servers have since appeared, confirming that the UI displayed below is legit.

At this point, we've all seen leaked photos of the upcoming Nexus 5 and had a glimpse at what Android 4.4 "KitKat" may look like. Then we watched a video that put the two together. Now we find ourselves looking at more leaked images that do the same. These images provided by Mobile Syrup give Canadians a small taste of what to expect when they get their hands on the TELUS version of the Nexus 5. 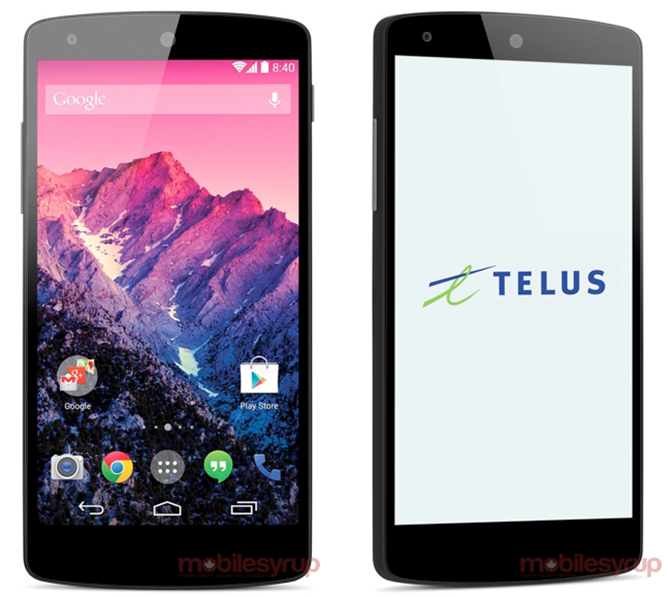 If these images are to be trusted, they reveal a new camera icon and a new folder background, a transparent circle. Again, Hangouts has replaced Messenger as the default app for sending text messages, and though this much isn't apparent from the image, we know KitKat will require that users select just one default SMS app.

There's nothing else to see here. Now, we wait.

Thanks, Murray Rush and Piyush.