You knew this day would come. An asteroid is hurtling towards Earth, but before you ready those nukes, your job isn't to deflect it - it's to guarantee that it doesn't miss. In Massteroid, players take control of said asteroid and try to grow it as big as possible to inflict maximum destruction. But if you've learned anything from late 90s disaster films, Earth isn't going down without a fight. You must dodge unguided missiles, satellites, targeted ordinances, mines, and - wait for it - black holes. Yeah, you're going to have to put your knowledge of astronomy aside for this one. 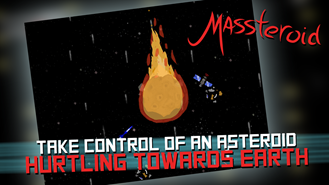 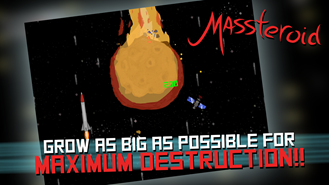 There are three control styles to choose from, so you're free to tilt, tap, or drag the asteroid towards its target. And if the game's premise isn't silly enough, you have the option to play as a giant space pizza in Gourmet Mode, though why the Earth would feel the need to defend itself from such a delicious fate is beyond me.

Despite would you likely expect, this isn't a freemium title. You will have to part with $1.99 to get your hands on this game and do your part to speed up the planet's demise.