Holo Text Clock claims to make you look at a time in a different way. It does, except it's a way that's largely identical to what's already offered by QLOCKTWO. Biegert & Funk developed an entire line of clocks and watches that tell time using an eccentric arrangement of words where certain letters highlight to spell out the current time. The company even released an app in the Play Store that replicates this behavior by placing an identical widget on your home screen. Holo Text Clock was inspired by this product, and it expands on it by providing additional options and the ability to use the clock as a daydream. 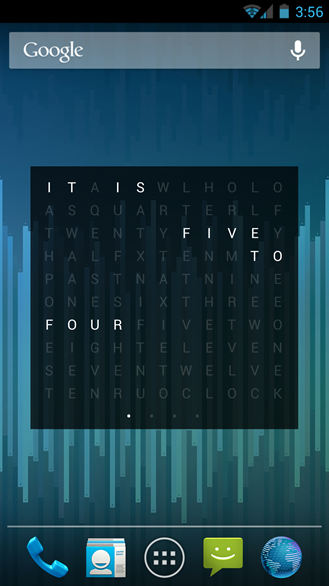 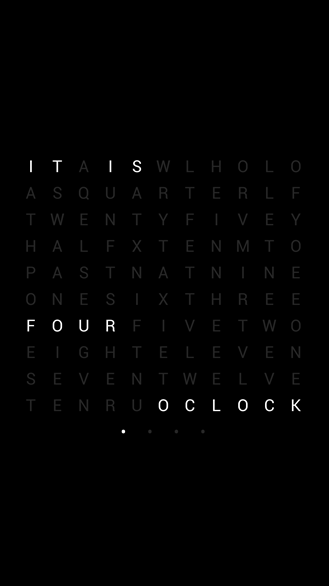 I never used the QLOCKTWO app in the past, but after testing it out today, this is how I wished it looked and functioned. Holo Text Clock feels like a native app. Want to preview another color? Tap the palette at the top of the screen. Want to dive into the available options? Hit the single solitary Settings option. It's all laid out directly in front of you. 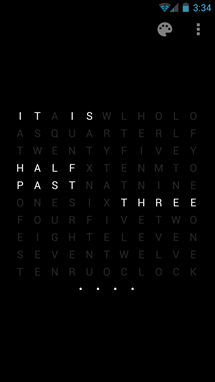 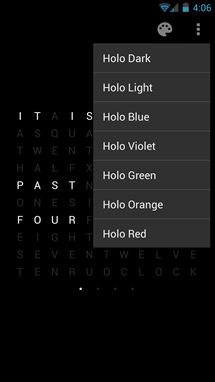 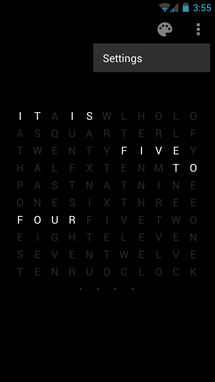 Under Settings there are options for choosing a language, changing the widget color, and altering how the daydream appears. There are seven themes to choose from, each just swapping the color. 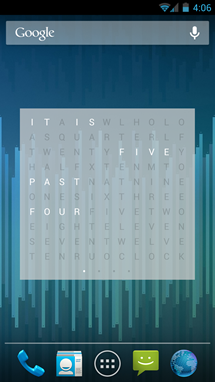 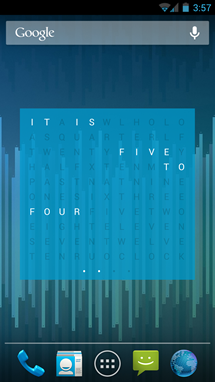 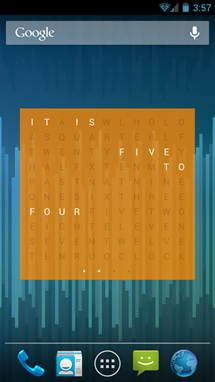 You add the widget to your home screen as you would any other, and you resize it just holding it down and dragging. Thankfully, it doesn't clog up the widgets selection area with multiple repeats of the same size. There are also additional options to adjust the transparency and to choose what happens when you click on the widget. 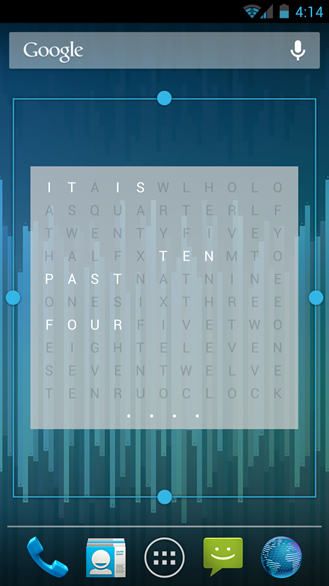 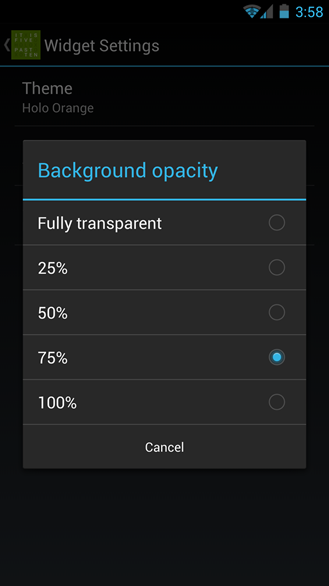 Choosing to make Holo Text Clock your daydream will fill your screen with a clock identical to the widget. By default it cycles through a different theme every minute, but you can specifically designate which themes you would prefer for it to display instead, or you can disable theme switching entirely. 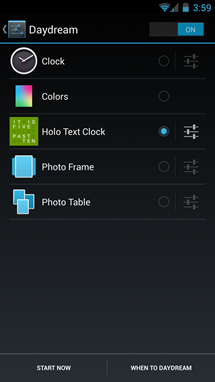 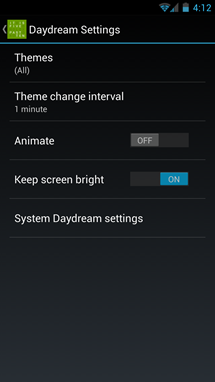 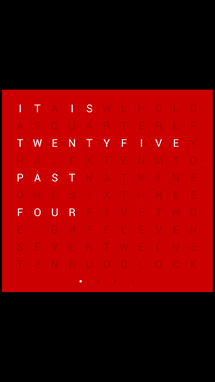 That's the extent of what Holo Text Clock offers. It's a large widget, one that's bound to take up an entire screen if you're using it on a phone, or half of a screen if you're using it on a tablet. This makes it a nice alternative to the giant analog clock that ships with Android by default, a way many of us fill up space that we have no need to flood with icons or folders.

Still, while this widget runs circles around the official QLOCKTWO app available in the Play Store, that says nothing to diminish just how cool Biegert & Funk's physical products are. Playing with this widget tempts me to throw down money for the watch, but lets just say it costs several hundred more than I'm willing to pay for the product.

Holo Text Clock's developer isn't shy about his inspiration. Hey, if you have to copy, copy from the best, right? The app costs 99 cents to use, and there's no free version to take for a spin. But at 99 cents, you could slap this on one of the many upcoming Android smartwatches for significantly less than $770, even if that would admittedly be much less classy.

[Hands-On] From The Makers Of Any.do, Cal Is An Instantly Enchanting Calendar App Now In Beta ...