If you're someone who reads this blog but is still waiting for the cost of smartphone ownership to drop enough for you to get one (I used to be one of you, so I know you're out there), then newcomer Scratch Wireless might have something to say that will pique your interest. This company pitches itself as the world's first truly free mobile service, and it does this by relying first and foremost on Wi-Fi access for voice and data. This isn't the first time we've heard this idea, but this is the first such offering that doesn't require a monthly bill of any kind. 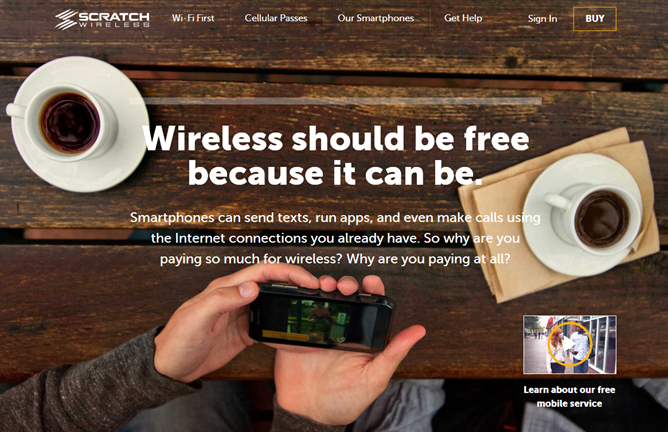 Scratch Wireless plans to offer free texting, voice, and data services on Android smartphones before the end of this year. But here's the catch, while text, voice, and data are all free on Wi-Fi, only texting is free when you're pulling down signal from a cell tower. At those times, Scratch offers contract-free, pay-as-you-go access to cellular data and voice. So it's not actually free, just mostly free. 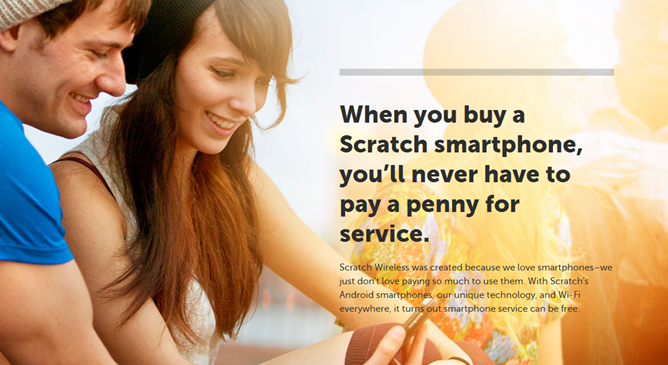 Now sure, someone can make their service virtually free by actively hunting down wireless hotspots and mostly talking while at home, but most people are likely to want to make the occasional phone call while driving. So how much will that set you back? Well, 24-hour passes cost just $1.99 each for data or voice access (i.e., $3.98 for both). A month-long pass costs $14.99 each. So if you want to reliably have access to voice and data each month and aren't interested in getting a new pass each day, you're looking at a monthly bill of $30. 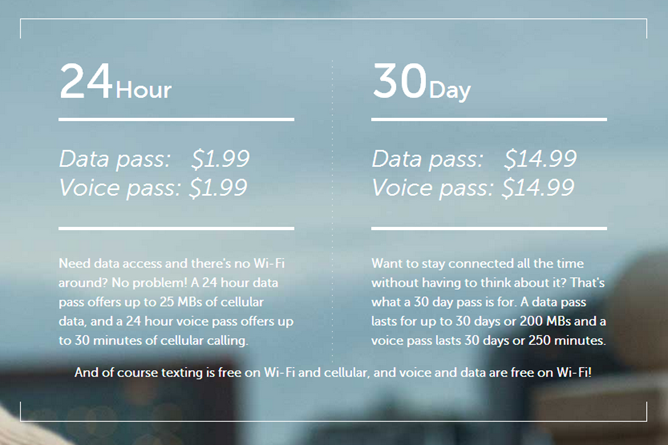 But wait, there's another catch. 24-hour passes only allow for 25MBs of data or 30 minutes of voice. 30 day passes only allow for 200MBs and 250 minutes. Gee, that's enough minutes for you to ask your significant other what brand of milk you always buy, but please, for the love of your monthly bill, don't let the conversation wander off towards discussing what to get your in-laws for Christmas. Save that for when you get home.

So Scratch Wireless obviously isn't for everyone, but if you're already stringent with your cellular usage, then maybe this is the service for you. In that case, you'll have to order a Motorola Photon Q from the company for $269 in order to get started. 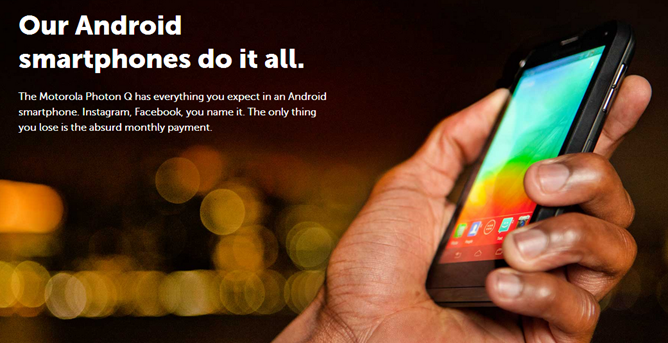 The Photon Q isn't a bad phone by any means, even if it is over a year old now. The phone comes with Android 4.1 and has a 4.3-inch screen with a 540 x 960 resolution. What's more notable about it is its qwerty keyboard. It's, sadly, probably still the best option out there for Android users with an appreciation for physical buttons. 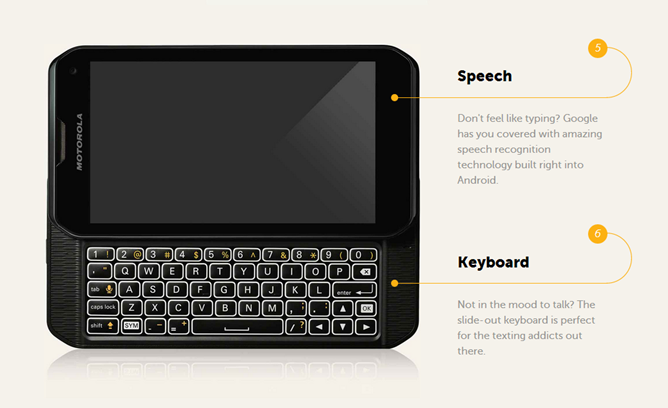 Scratch Wireless doesn't make any mention of the cellular networks it partners with, but given that the Photon Q is a Sprint phone, this looks like another Sprint MNVO. As someone who uses Ting, I have no problem using Sprint's network to save myself money, but I know for many of you, this is a deal breaker.

Anyone who's interested can request an invite to be notified when the service is up and running. Scratch Wireless isn't going to work for everyone, or even most people, but it's good to see another option emerge that allows people to stay connected at a rate they deem fair.