According to Google, less than one hundredth of a percent of apps out there are both malicious and capable of evading the built-in defenses in both Android and the Google Play Store. But if you really feel like you need a defense from that one-in-100,000 app, a trusted name in software protection has just entered the fray. Malwarebytes, makers of the popular eponymous Windows software, is now offering its services on Android. 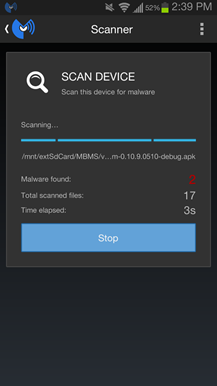 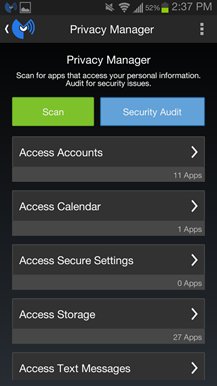 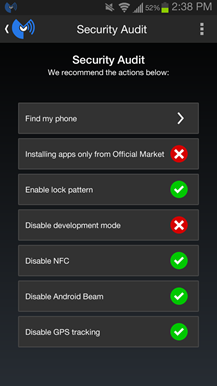 The anti-malware app works on the familiar and relatively ancient principle of a scanner paired to an updated database of naughty apps. According to the company's press release, the app actively scans for "over 200 malware families" in real-time in both apps and general files. In addition to the basic scans, Malwarebytes will give you a report of which apps have access to your personal information, and which ones are actively taking advantage of the capabilities that are outlined in Play Store permissions. If that's not enough, it also includes a Security Audit feature, which tells you about potentially unsafe features... like GPS or unsecured WiFi. Which, honestly, you can probably figure out on your own.

The icing on the cake is an application manager that displays system resource usage on a per-app basis and lets you shut them down. You know, just like the Apps section of the Android Settings menu. So yes, power users will find very little that's actually useful in Malwarebytes, but perhaps you can suggest it if you know someone who's heard about Android's "malware problem" and needs a little extra peace of mind. It's a free download for Android 2.3 or later, so at least you're not out of pocket for the experience, which is more than I can say for some other security apps.

“Since computer software has been around, people have been finding ways to attack it by through vulnerabilities or through targeting users,” said Marcin Kleczynski, CEO of Malwarebytes. “The Android mobile operating system is no different. Its success in the consumer space—and its openness—has made it a huge target for malware authors.”

In addition to updating the protection database automatically, Malwarebytes Anti-Malware Mobile proactively scans third-party applications and files for malware and spyware, and comes equipped with a number of features that identify and close potential security vulnerabilities.

[New Game] Fist Of Awesome Jumps From Kickstarter To The Google Play Store, And Punches Every ...

Scratch Wireless Debuts With Promise Of Free Wireless Service - But As You Would Expect, ...