The Google Offers app received its first significant refresh since June today with a modernized UI. Yep, you guessed it: sidebar nav and cards. At least Google really is sticking to that hamburger navigation / card layout paradigm, and Offers has finally been checked off the design to-do list. 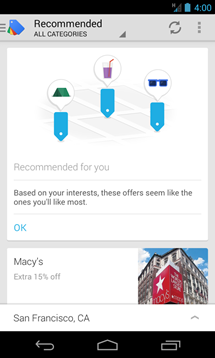 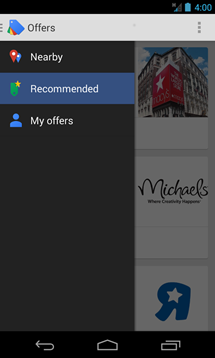 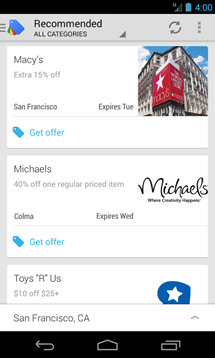 The new version also brings supports for offline redemption of your offers, which is nice, but otherwise this update appears to be entirely visual in nature. The new navigation bar should allow you quicker access to your offers... or something, and cards are pretty. That's really the entirety of the substance I can bring to the discussion of the changes.

It does seem a bit odd that Google even bothered with it, though, as the Offers app has long been on a list of the company's maligned mobile properties on Android. Given that Google Offers already features varying levels of integration with Maps, Now, and Wallet, the standalone app doesn't make a huge amount of sense anymore. But hey, at least Google's making sure it looks nice.

The update doesn't seem to be available just yet, but I imagine the rollout can't be too far off. It is just Google Offers, after all.

Star Command Review: A Solid (But Short) Tribute To Star Trek And Kairosoft