There have been a lot of unfounded rumors and speculation about KitKat and the Nexus 5 (and even the good old Nexus 4) floating around the web in the last few days, so why don't we take a break from those and switch things up for a change? Here is the work-in-progress UI from the next major update to the Play Store app for Android, version 4.4 (just to be clear: the Play Store's version is 4.4 - I'm not talking about Android 4.4).

The biggest change, as you can see, is the move to the "hamburger"-style slide-out navigation. The current version of the Play Store app, 4.3.11, which you can see in the 6th screenshot, has everything crammed into a single menu. 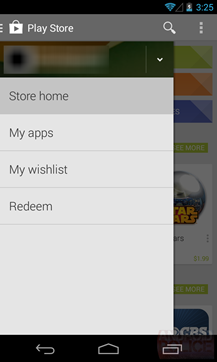 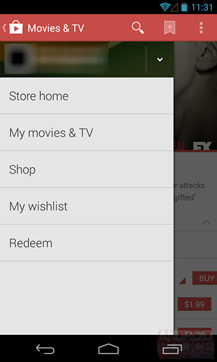 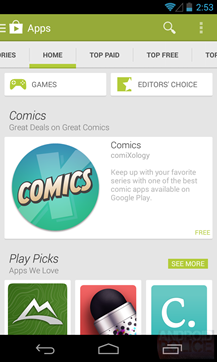 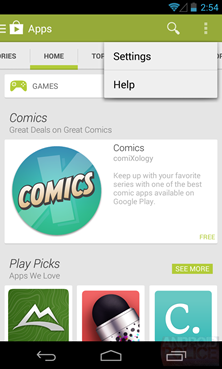 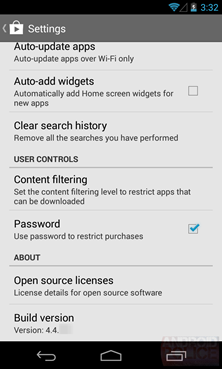 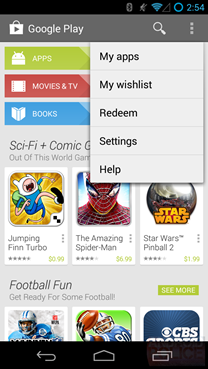 The slide-out navigation has the following tabs:

The menu, shown in the 4th screenshot, is now down to just Settings and Help - exactly how it should be.

As I mentioned, this is work-in-progress, so I'm expecting further refinements by the time Google starts pushing it to devices around the globe.

Update: Uh-oh, I think they're onto us.

And now, it's time for a little rumor. While the build that I've seen doesn't have other UI changes, I've heard that Google will change all the things to be even more card-like. The UI transformations will be akin to the latest Gmail update - something I'm quite excited to see myself. Once again, it's just a rumor until we see some evidence, which I'm hoping to dig up at some point.

Play Store 4.4 should at the very minimum be released with KitKat, as it's already being tested on Android 4.4 devices (4.4 on 4.4, get it?). Whether we'll see it pop up earlier or not is, unfortunately, unknown to me at this point.

As for compatibility, don't fret - v4.4 is backwards compatible all the way back to Froyo.

Sorry, this is not something I can share at this time. Bummer, I know. This version is not complete anyway, from what I can tell, so let's just give Google some time to drive it to completion.