Last weekend, I finally got my own Google Glass unit. Since then I've been trying to adapt to using it and all its features, but as always there are a few things no Explorer can do just yet. With the update to XE10, the list of hidden or unimplemented features has changed dramatically. We've rifled through the build and picked out the gems we think are most worthy of discussion, including as yet invisible abilities within GlassVoice (as pointed out by our tipster Zhuowei) including 3D modeling, a stopwatch, panorama capture, and much more. Let's take a look.

The GlassVoice APK is where some of the most sensational tidbits are hiding. In res/raw, there's a long list of potential new features that aren't explicitly mentioned elsewhere, but which sound very exciting. GlassVoice houses the options that fall under the "ok Glass" menu. Some apps are able to change the immutable "ok Glass" list like Evernote, which adds a "Take Note" option for recording quick voice memos, or Path, which adds "Post Update." This leads me to believe that the following entries are specifically related either to functionality coming directly to Glass or features coming to Glass by way of new apps that will (eventually) be available in the Glassware Boutique and which will be able to hook in to these new commands.

To spare you the eye strain, here's a complete list of the new entries in res/raw (excluding those that are already user-facing in XE10).

Some of these (like Add a Calendar Event, Capture a Panorama, and Play Music) make sense as features that would be baked right in to Glass, while others sound like new or additional functionality for Glassware.

The recipe-related commands could be expanded functionality for KitchMe, an app that currently allows Explorers to send recipes to Glass. This would theoretically allow users to pull recipes without going to KitchMe on their computer, and potentially record their own recipes.

Others hint at activity tracking, while still others hint at wilder possibilities like "Play a Game" or "Create a 3D Model." Games like Glass Frogger do already exist for Glass so (here's my wild speculation) perhaps this would just be a generic handler for playing games.

There have been files relevant to Music in Glass for a while now. This build, though - besides adding a "Play Music" command - adds an actual layout for music items, and some other key ingredients for music control through Glass.

Music_Card.xml includes album art, album name, track name, and artist's name. There were already drawables for play, next, previous, pause, and stop, but a new radio icon has also been added, indicating that perhaps control for Play Music's All Access radio channels might find its way onto Glass when Music shows up. XE10 also includes smali files for Music Metadata and "Internal Descriptors."

As hashed out by Ron Amadeo and Josh Brown last month, these assets will likely be used for remote music control, either playing music through Glass, or potentially using Glass to control music on your phone or tablet. The Play Music app already has an XDIUtils class with an XDIEnvironment() method, which of course only returns true if it's running on Glass, meaning there'd be an instance of Music on Glass as well. Essentially, the Music Card and the pre-existing Music Player files are the other piece to this puzzle. When this is implemented, it will likely use MyGlass as a liaison, with GlassHome sending commands to the app, which would then pass an intent to XDIPlayActivity, which would play the requested track.

We still haven't seen official, Google-sanctioned eye control for Glass (perhaps due to daunting privacy concerns), but the Gaze folder is still steadily growing. This time around, they've added a "double blink" detector, potentially for control by blinking twice in rapid succession. This comes in addition to Glass' existing files relating to "wink for photo" functionality, similar to what's already offered by the Winky app.

While working on the mockups for one of our recent KitKat rumor posts, I kept wondering where the rest of the Roboto Condensed set was. The Bold Italic variant shows up in Google Now's first run process, but I hadn't seen any other versions manifested in the OS. Thankfully, the Glass team left it behind, though we still can't be sure where (or if) it will show up in the actual Glass UI.

That said, Condensed, Bold Condensed, Italic Condensed, and Bold Italic Condensed are accounted for, with the other Condensed weights missing. These files were actually in previous Glass builds, but I thought it would be appropriate to throw them into my first ever Glass teardown. 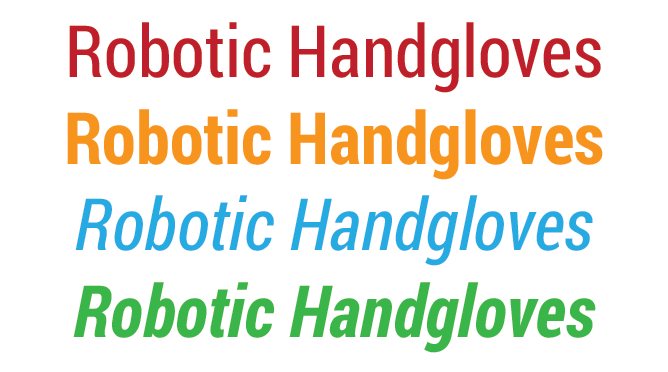 The font files, as pointed out by a commenter below, have been available on Google Fonts for a while already. Still, it will be interesting to see if they eventually show up on Glass. Those interested can download them here.

That's all we've dug up of interest so far. Of course, if we uncover more goodies you can expect us to reveal them. With Glass development still moving along at full speed, there's no doubt we'll have even more to look at with next Month's update.

Scratch Wireless Debuts With Promise Of Free Wireless Service - But As You Would Expect, ...

Star Command Review: A Solid (But Short) Tribute To Star Trek And Kairosoft