If you love Star Wars, pixelated graphics, and frantic management gaming, then today is your day. Well, it is if you live in Australia (where technically tomorrow is your day). Disney, LucasArts, and NimbleBit have teamed up to deliver Tiny Death Star to the Play Store, but at the moment it looks like it's only available down under. The game is a free download for Aussies. 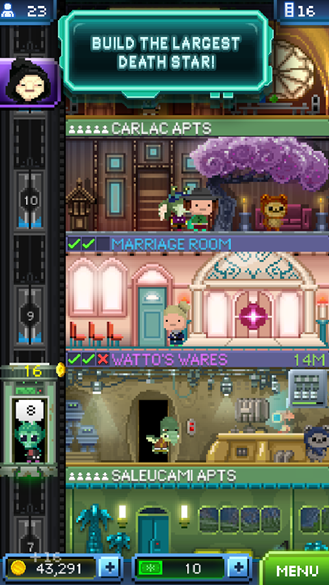 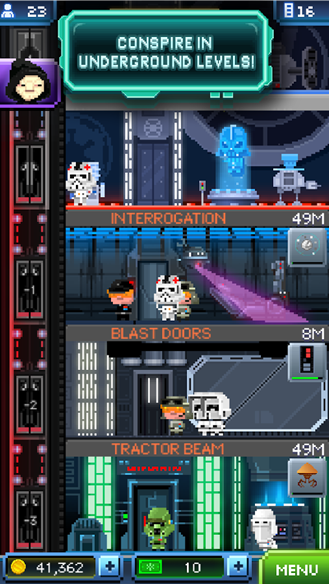 Tiny Death Star is pretty much exactly what it looks like: a Star Wars-themed version of the incredibly popular Tiny Tower apartment management game. You build various rooms to attract characters, who will either live or work in them. Of course everything is Star Wars flavored: in addition to the various military-sounding rooms like an interrogation chamber and a tractor beam, you'll find more esoteric corners of the galaxy like the Mos Eisley spaceport or Watto's Wares. No, it doesn't make sense, but it gives the designers the opportunity to make tiny little pixelated Star Wars characters for you to collect. 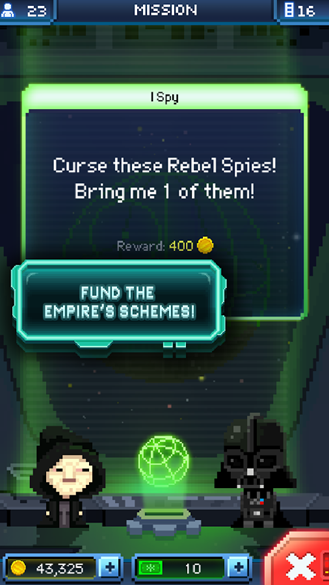 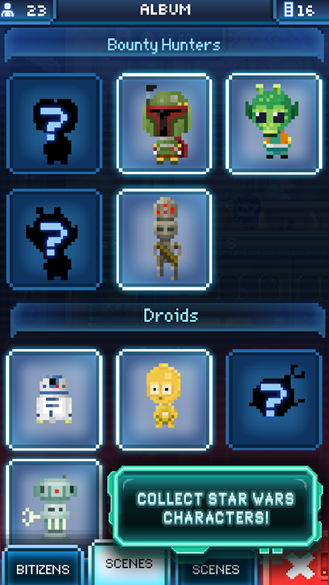 Emperor Palpatine is the dungeon master to this little campaign, and occasionally he'll assign various goals for you to accomplish. Some familiar-looking rebel scum will occasionally invade the more sinister rooms, and as an evil dictator and intergalactic landlord, it's your job to catch them before they escape.

As with the original Tiny Tower, Tiny Death Star features a dual-currency in-app purchase system. You can play the whole game without spending a penny, but if you want the best stuff (or just want to avoid the typical grind that these games are built on) you can spend real money. If you're anywhere that isn't Australia and you can download Tiny Death Star, let us know in the comments.