Tasker is the current king of Android automation, but it's not exactly easy to use. Other apps have tried and failed to make it easier to understand the complex actions and various dependencies that arise when you automate Android. Dessin takes a completely visual approach to setting up actions – it's a little like an interactive flow chart. Is this the next big thing in Android automation?

Dessin is designed around a series of nodes, each one with specific actions like toggling WiFi or silencing the phone. Then you can attach triggers to nodes like a fan so you can see exactly what everything does. You just slide your finger across radial menus to select triggers and actions to link up. The app feels very polished and kind of fun to play around with. There are sound effects for almost every interaction with the nodes, which makes Dessin seem a bit playful. 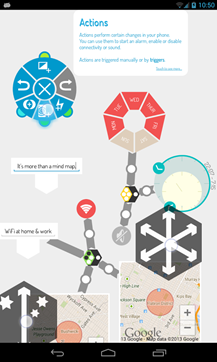 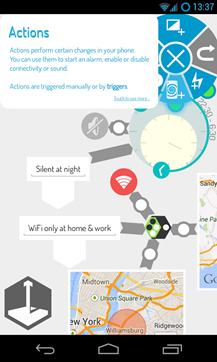 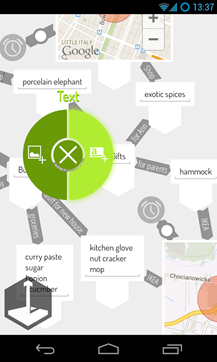 There's no tutorial, which is odd. The first few minutes with Dessin are like groping around in the dark, but the developer says big changes are coming to the first-run experience. Until then, creating a tutorial would be counterproductive. Dessin definitely needs improvements to better explain how the fundamentals work, but it's worth checking out. There is a handbook on the Dessin website if you want to give this app a proper shot.